The slide in cryptocurrency markets has called into question a trend that peaked along with its price: getting paid in digital assets.

Celebrities and other public figures flaunted their plans to receive pay in crypto. But the value of leading coins has plummeted this year, leaving those payments worth less in dollar terms.

Eric Adams, mayor of New York City, was among the recipients. After taking office in January, he said that his first three pay cheques would be “automatically converted” to ethereum and bitcoin via Coinbase, the crypto trading platform.

His first biweekly payment, worth $9,925 on a pre-tax basis in dollar terms, was deposited on January 21.

Since that date the dollar values of bitcoin and ethereum have fallen by 20 per cent and 29 per cent, respectively. If split evenly between the two cryptocurrencies, Adams’s first pay cheque would now be worth $7,416.

Adams was undeterred, comparing volatility in crypto with the stock market. “People who look at bitcoin and say, ‘OK, it’s dropped’. Well, what stocks have not dropped?” he said in a recent interview with the Financial Times, referring to the parallel weakness in equities this year.

He added that he had no regrets or second thoughts about his decision to be paid in crypto, a move intended to demonstrate the city’s commitment to the fledgling industry.

“I lost about a hundred-and-something thousand dollars when the stock market crashed out of my 401(k),” Adams said. “We know it goes up and down. Bitcoin is here to stay, and the bulk of the investment is here in New York City.”

Athletes including NFL player Aaron Rogers and Nascar driver Landon Cassill all agreed in recent months to receive at least some pay in digital currencies.

Trevor Lawrence, the quarterback of the Jacksonville Jaguars NFL football team, agreed to receive his $22.6mn signing bonus in cryptocurrency. If he held it in bitcoin, he would have just $9.8mn now, according to analysis by sports betting data company, The Action Network. 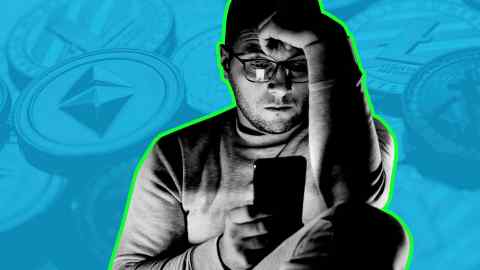 Adams and Rogers announced their salary moves into bitcoin in November, when the token was near its all-time high of $64,500. But the asset’s volatility means it can also lose a significant portion of its value quickly. On Friday, bitcoin was off 2.4 per cent at $29,478, giving it a total market value of $561bn, according to the Coinbase exchange.

Celebrity support for cryptocurrencies has helped popularise the volatile assets. In January, half of Americans said they would be interested in receiving at least 10 per cent of their salary in crypto, according to a January survey by cryptocurrency exchange Voyager.

“Honestly, if we had had this conversation two years ago, I would have said it was a brilliant idea. Why wouldn’t you want your salary in crypto? All it does is go up,” said Mark Freebairn, who leads recruitment for chief financial officers at executive search group Odgers Berndtson in London. “Now I would say that was idiotic.”