3 Top Cryptocurrencies to Watch in June | The Motley Fool


The last few months have not been easy for crypto investors, but many significant developments have occurred. Some of the top cryptocurrencies continue to add new applications and use cases. In addition, one of the largest cryptocurrencies is on the precipice of a major inflection point.

Let’s take a closer look at the three top cryptocurrencies to watch in June. 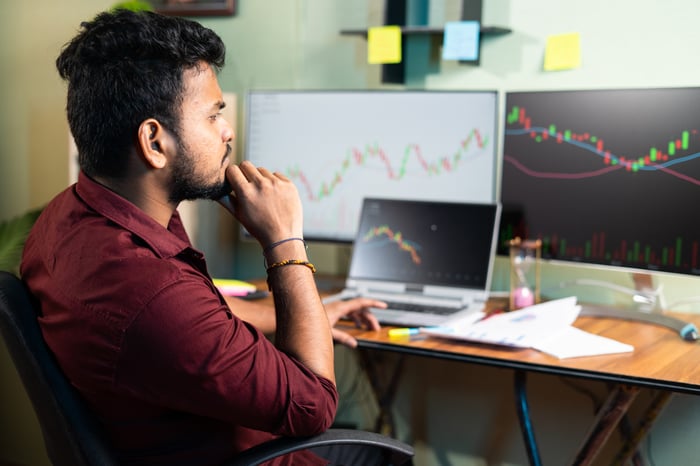 The second-largest cryptocurrency after Bitcoin, Ethereum (ETH 0.01%) has lagged in performance over the past month versus its more illustrious peer. Having traded below the $2,000 level for over a week now, Ethereum is now down over 60% from the all-time high of over $4,800 set in November. However, significant changes are on the horizon for the Ethereum network.

As longtime crypto observers know, talk of Ethereum’s Merge upgrade and transition to proof-of-stake consensus has been circulating for years, and the move has been delayed many times. But it seems that we are finally drawing closer to the shift with the testnet trial of the transition, or in simpler terms, tests with the new underlying software version, expected to commence this week. Pundits expect Merge to culminate in August.

A transition to proof-of-stake consensus will make Ethereum more environmentally friendly. It should also help make the cryptocurrency more scalable and secure. The change will also allow more people to take part in earning rewards from the network, as anyone can use their Ether to validate transactions. In contrast, the existing proof-of-work consensus has become increasingly dominated by powerful publicly traded mining giants deploying fleets of industrial-grade miners.

The transition should lead to improved transaction times and lower gas fees, which would address the two major complaints of Ethereum users and critics. Ethereum is on the brink of one of the biggest changes in its history, which should bring many improvements to the network, right at a time it is trading near its 52-week low.

Perhaps because it never went on a run from a couple of cents to $100 or more like Solana, Terra, or Avalanche, Cardano (ADA 0.18%) has never seemed to accrue quite the same amount of hype and fanfare as some of its Layer-1 peers. But like them, Cardano has struggled this year, currently trading a massive 78% below its all-time high of $3.10 it had reached last September, not to mention its 54% loss year to date. But against the backdrop of a difficult crypto market, Cardano has quietly been picking up some momentum of late, with a 17% gain over the last week. Cardano is now the seventh-largest cryptocurrency by market cap and is closing in on Ripple to take the sixth spot on the list.

There are several reasons behind Cardano’s resurgence that make it worth keeping an eye on this month. At the end of May, the total value locked across Cardano briefly jumped over 30% in one day, from just under $150 million to about $195 million. A variety of applications across the Cardano network saw their total value locked and trading volume surge. While it is not immediately clear what led to the spike in activity, it is perhaps a sign that more users are migrating to the Cardano blockchain, thanks to its low fees and high transaction speed.

It’s too early to say whether this momentum will have staying power, but it does make Cardano a key cryptocurrency to watch in June as it makes its case for attracting new users and value to its network.

Down nearly 80% year to date, Solana has seemingly suffered blow after blow in 2022. The high-profile Wormhole hack added insult to injury, and a series of denial-of-service attacks have slowed or temporarily disabled the network numerous times. But Solana is making progress despite the speed bumps.

It recently was in the spotlight when Solana non-fungible token (NFT) sales surpassed Ethereum NFT sales for a day in May, making it the first time another blockchain has unseated Ethereum for a 24-hour period. Ethereum is the most established player in the world of NFTs, so usurping the leader, even just for a day, is a major feather in Solana’s cap. The milestone day was spurred by the launch of the Trippin’ Ape Tribe collection, but there is more breadth and depth to Solana NFTs than just one popular collection. Another Solana collection, Okay Bears, recently was the top-selling NFT collection for a day in April, beating many high-profile Ethereum collections for the top spot.

In addition to the NFT sales, Solana is home to StepN, the crypto app aimed at promoting fitness whose “move-to-earn” model is an interesting (and healthy) twist on the play-to-earn model that took the crypto world by storm last year. With the move-to-earn app, users can buy digital (virtual) sneakers using Solana who then earn rewards for walking, running, and staying active. The actual movements of users are tracked by GPS and motion sensors. StepN’s co-founder says that the app has already attracted 2 to 3 million users since launching just five months ago. StepN has likely brought a whole new demographic of users into the Solana ecosystem and has given it exposure to people who may have previously not been interested in Solana or cryptocurrency in general.

In sum, cryptocurrencies have endured significant price declines in 2022, but the best projects and ecosystems keep toiling away, building with an eye on the future. Cardano, Solana, and Ethereum all have major developments underway, and there are reasons to be optimistic about them. Moreover, the weak crypto market offers a potentially interesting entry point into all three of these developing projects, which could reward patient investors when the bull market for cryptocurrencies returns.