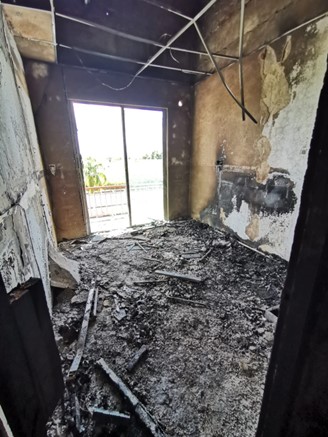 In a press release, Sarawak Energy said firefighters contacted the company for an emergency electricity shutdown to extinguish the fire safely.

“After the fire was put out, Sarawak Energy’s technical team found 48 burnt cryptocurrency mining machines at the premises and tampered wiring system with direct tapping cables connected to servers that led to electricity overload and started the fire.

Based on Sarawak Energy’s records, electricity supply to the premises had been disconnected since mid-2020.  Total losses to the utility company was estimated at RM14,500 per month.

“A police report has been lodged and parties involved will be called to assist with investigation,” Sarawak Energy said in a release yesterday.

Electricity theft is a criminal offence under Section 33(5) of the Electricity Ordinance, which carries a penalty of up to RM100,000 and/or five years jail if found guilty.

“Cryptocurrency mining consumes a lot of electricity as they run non-stop and require cooling units to prevent servers from overheating. Non-standard installation commonly used in electricity theft for such energy-intensive activity can easily overload the electrical system capacity, increasing the risk of short circuits, appliance damage, fires and even cause loss of lives.”

Sarawak Energy gave a reminder that tampering with wires to under-record electricity consumption is both illegal and dangerous. In cases where electricity is stolen for cryptocurrency mining, it can also lead to outages in surrounding areas, causing unnecessary inconvenience to neighbours.

Together with Sarawak Ministry of Utility and Telecommunication and the Police, the utility company will track down anyone stealing electricity.

It is also collaborating with agencies such as the Fire Department to raise   awareness of safe electricity usage to prevent unwanted fires.

Landlords are strongly advised to check background of potential tenants and be alert to their activities to avoid being implicated in the event of electricity theft at rented premises.

Members of the public are urged to report any suspicious activities relating to electricity theft and dubious service providers by calling Sarawak Energy Customer Care Centre at 1300-88-3111. Alternatively, send email to customercare@sarawakenergy.com. All information received is kept strictly confidential.