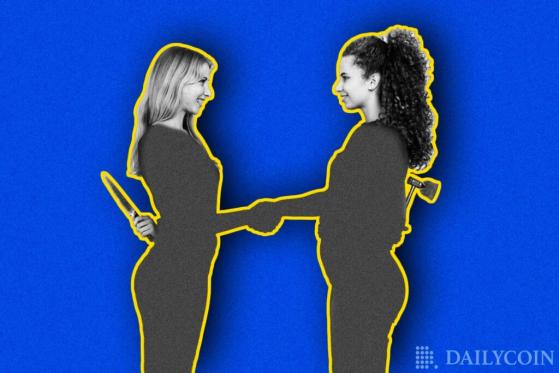 Competition in the cryptocurrency market is becoming more aggressive as profits fall due to collapsing prices and trading in crypto assets becomes more difficult.

Traders are turning against each other and scrutinizing the blockchain for key information to track the movements of their drivers, especially those who have highly leveraged positions, a contributor to the decentralized crypto exchange Suchi, who goes by the pseudonym Omakase, revealed to Bloomberg.

After studying the other traders, these sharks attack their positions and push them into liquidation in order to obtain bonuses that are often offered to their clients by decentralized finance (DeFi) platforms, which offer free cryptocurrency trading and lending services intermediaries.

Behind the fall of TerraUSD could be shark traders. These players profited from price arbitrage between the Curve platform, a decentralized exchange blamed for the stablecoin’s collapse, and centralized exchanges, according to blockchain analytics firm Nansen.

Arbitrage is a financial strategy applied to cryptocurrency trading that consists of taking advantage of the price difference between different markets on the same token to obtain benefits, almost without risk.

US cryptocurrency lender Celsius Network’s troubles began right when traders struck out using price arbitrage for rewards. As the price of the tETH token fell, it also affected Celsius due to the fact that the company has large positions of this crypto pegged to Ether.

“As stETH goes down, arbitragers buy stETH and short ETH against it, sending ETH lower, which again lowers collateral values across DeFi,” making Celsius worse off, Arca said in a recent note, as the platform could not return the money to its users.

“In a downtrend environment, where yields are harder to access, what we are going to see is some actors utilize some more aggressive strategies, and that may not be necessarily good for the community,” Omakase explained. He added: “The environment has become more player vs player.”

At some point, crypto exchanges even offered their users this type of operation with up to 100X. That is, they could borrow money up to 100 times more than the money deposited as collateral.

However, now DeFi companies are requiring users to collateralize (back) excessively and borrow less money than they invest.

When a trader discovers that another can be liquidated, he buys and accumulates a certain amount of a token. He then sells it by pressing its price drop while getting the reward offered by the platform for liquidating the other trader.

Liquidation occurs when a position does not have the necessary funds to keep a leveraged trade open. When liquidated, the exchange closes the position and thus the trader loses only part of the invested assets.

“Triggering enough liquidations would cause a liquidation cascade where a motivated actor could simply hold a short position in order to profit for the subsequent secondary decrease,” he explained.
Margin trading has become a very lucrative business. Some traders are using bots that track others at the very moment they are about to be liquidated. After liquidating them, they receive the reward.

Liquidations are not always continuous or high in value so traders must wait for the right moment to catch one of them profitable enough. But other times many arrive at the same time and some are very large, those are the ones that leave a greater profit.

The battle between the merchants is over who makes the liquidation operation faster. Traders reject that margin trading is qualified as “attacks.” They affirm that this type of operation is essential for the loan market and to protect the protocol from insolvency situations.

Why the $2 trillion crypto market crash won't kill the economy