Crypto features prominently at the Collision Conference in Toronto and more


Crypto features prominently at the Collision Conference in Toronto and more

Even though the market has been reeling under the bear market, crypto still has hopes for a brighter future 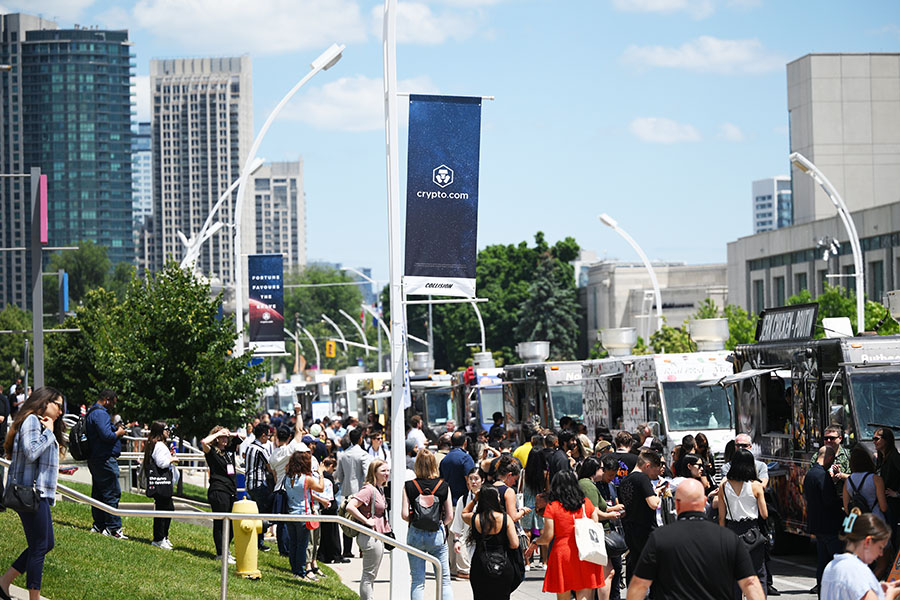 Crypto.com branding during day three of Collision 2022 at Enercare Centre in Toronto, Canada; Photo By Lukas Schulze/Sportsfile for Collision via Getty Images

The Collision Conference, the biggest tech conference in North America, held in Toronto from June 17 to June 23 was a huge success. The conference was sold-out, and crypto was one of the prominent topics of discussion there despite the six-month-long bloodbath.

The Collision Conference featured many interesting panel discussions, two of which were about the crypto market and the latest investments and business news from the blockchain world. There are particular highlights of the conference that are worth the mention.

It is clear from the continued global interest that the crypto industry is more than just price. Many institutions, including the KPMG Canada crypto team, are investigating the space. Sam Bourgi from Cointelegraph asked KPMG Canada’s crypto division about the firm’s recent move into digital assets. In February, KPMG Canada announced the addition of Bitcoin (BTC) and Ether (ETH) to its corporate treasury.

KPMG said that the company’s choice to accept digital assets was not made on the spur of the moment; rather, it was directed by an internal governance committee that conducted extensive research before suggesting crypto treasuries.

Amid 3AC (Three Arrows Capital) exposure, Voyager has entered into a $500 million loan deal with Alameda. 3AC, a crypto-focused hedge fund, is on the verge of insolvency after a string of leveraged bets went bad. Voyager Digital, a trading platform, borrowed money from Alamada Research to offset losses related to its exposure to 3AC. Voyager borrowed 15,000 BTC from Alameda, almost equal to the 15,250 BTC owing to it by 3AC. Voyager has asked 3AC to clear its outstanding payments or face legal action.

Another notable mention was about FalconX, a crypto brokerage, raising $150 million at a valuation of $8 billion. FalconX has raised a $150 million Series D funding backed by Singapore sovereign wealth fund GIC, valued at $8 billion. Since August, when it completed its Series C investment round, the company’s valuation has nearly doubled.

Meta, the parent company of Facebook, is getting ready to start testing NFTs on Instagram Stories using Spark AR. Talking about the project, the CEO of Spark AR said, “We’re expanding our test so more creators around the world can display their NFTs on Instagram.” He also added, “Creators and collectors will be able to share their digital collectibles across Facebook and Instagram after we begin rolling out the feature on Facebook with select US creators at a later date.”

The fact that one of the largest tech conferences in North America is actively featuring and talking about crypto, even after the crypto market has been a full-blown disaster for the past six months, proves the importance of crypto and the industry is more than just prices.

Shashank is the founder of yMedia. He ventured into crypto in 2013 and is an ETH maximalist. Twitter: @bhardwajshash


Read More:Crypto features prominently at the Collision Conference in Toronto and more