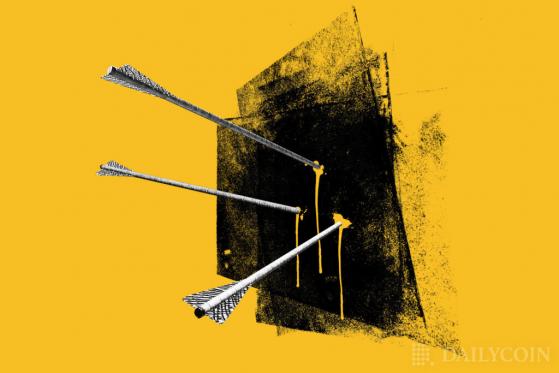 Bitcoin is beginning to show glimpses of breaking out of the bearish trend that has seen its price driven down 45% over the last 60 days. On-chain data shows that the volume of Bitcoin on exchanges has dropped to its lowest point in three years.

With Bitcoin potentially preparing for a bullish outbreak, Securities and Exchange Commission (SEC) chief Gary Gensler, in his recent appearance on the ‘Mad Money’ show, labeled Bitcoin as a commodity.

The revelation by the SEC boss hints at the sort of regulatory framework that can potentially be expected for the industry. As the second consecutive SEC boss to call BTC a commodity, enthusiasts believe it has become nigh impossible for the classification of Bitcoin to change in future.

The decline in the amount of Bitcoin held on exchanges suggests that investors are gearing up for a future bullish run.

Ethereum, the world’s second-largest cryptocurrency, has broken out of a record bearish streak that lasted eleven weeks. Since mid-April, the price of ETH had closed out lower than it opened on a weekly basis.

Ethereum traded at $3,303 on April 10th, but fell to as low as $880 on June 18th as the collapse of the ecosystem induced a market-wide crypto crash, worsened further by rising global inflation.

Ethereum has now put its longest bearish streak behind it. ETH opened for trade on June 20th at $1,127.66, but ended the week with an improved value of $1,243.45 on June 25th, as per data from CoinMarketCap.

Not only has Ethereum successfully broken out of the bearish trend, but the crypto has also managed to retain those recent gains. Ethereum is valued at $1,223.98 at the time of writing, having recorded a marginal rise of 0.25% over the last 24 hours.

Since the collapse of the TerraUSD (UST), the uncertainty surrounding stablecoins has risen to its highest point. Now, a group of hedge funds have been accused of trying to replicate the UST crash by shorting the USDT with huge sums.

According to reports, in the wake of the UST saga, the hedge funds in question have opened short positions worth hundreds of millions of dollars against Tether (USDT). The funds are seemingly attempting to take advantage of the controversy surrounding Tether and other stablecoins within the crypto sphere and beyond.

The news was confirmed by Paolo Ardoino, Tether’s chief technology officer (CTO), who, in speaking to his 152K Twitter (NYSE:) followers, explained that there was a coordinated attack by some hedge funds looking to “cause further panic.”

The result of a successful short could be catastrophic for the crypto industry, if Tether, the largest stablecoin, were not fully backed, and proven in its ability to survive de-pegging.

Monday was an exciting time for Robinhood, as reports broke out that the Sam Bankman-Fried-led FTX crypto exchange was holding discussions with a view to purchase the popular zero-commission brokerage trading platform.

Although the news caused a significant boost to the share price of Robinhood (HOOD), Bankman-Fried, via an e-mailed statement, debunked the rumors of any such deal. The FTX chief stated clearly: “There are no active M&A conversations with Robinhood.”

Coinbase, one of the firms most affected by the crypto crash, could be set to face an even rougher patch. On Monday 27th, Goldman Sachs analysts downgraded the status of Coinbase (COIN) shares from “Neutral”, to “Sell”.

Goldman Sachs also slashed the price target on COIN from $70 to $45. The Wall Street firm has predicted that Coinbase’s revenue will tumble 61% in 2022⁠—a stark contrast from 2021’s explosive 514% surge in sales.

The FTX boss, who disclosed the acquisition of a 7.6% stake in Robinhood in May, says he is excited about the prospect of partnering with Robinhood.

Voyager Digital had lent 3AC 15,250 Bitcoin, currently worth about $315 million USD, along with $350 million USDC, approximately totalling $665 million. Voyager had requested a partial payment of $25 million USDC by June 24th, and full repayment by June 28th.

However, the embattled hedge fund, which recently received a $500 million relief fund from Alameda (FTX founder Sam Bankman-Fried’s quantitative trading firm), has been unable to meet the payment.

A default notice is a formal response issued by a lender whenever a borrower has missed payments on their loan. Although it does not confirm the loan will be repaid in full, Voyager has stated its commitment to recovering the entire loan.

The Voyager Digital default notice has strengthened claims by analysts that 3AC is insolvent.

Top Altcoins As Important As Bitcoin: Gnox, Ethereum And Dogecoin

Chainlink (LINK) Gets Listing on Robinhood, With Price Rising 9% – BeInCrypto

Chainlink (LINK) Gets Listing on Robinhood, With Price Rising 9% - BeInCrypto