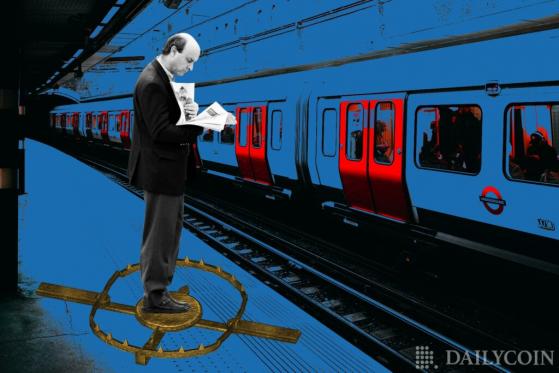 Cryptocurrency scams allegedly backed by celebrities have nearly doubled this year in the UK, according to a statement from Banco Santander SA (NYSE:) posted on its website on Tuesday.

The losses during the first three months of the year for these criminal practices of this type reach about £ 2 million, select the bank. Criminals are using well-known international figures to dupe unsuspecting crypto investors.

Santander UK Fraud Risk Management Director Chris Ainsley revealed that they are “seeing a worrying rise in ‘celebrity-endorsed’ cryptocurrency scams, where familiar faces are being misused on social media in order to con people out of often life-changing sums of money”.

Richard Branson is one of the lures

One of the British celebrities used as a lure for these scams has been the billionaire Richard Branson, who recently made the complaint during an interview in Bloomberg.

Branson said he is working to prevent his name and face from being used by criminals to carry out the scams. On the other hand, regulators and politicians in the country are discussing a regulatory framework that seeks to encourage technological innovation, but also protect users of cryptocurrencies.

Santander forecasts point to a gigantic increase in crypto scams in 2022. According to the number of known scams so far this year, this crime could increase by 87%.

Hacks and crypto scams accounted for the biggest cryptocurrency cybercrimes globally last year, according to a report by research firm Chainalysis.

Digital currency scams are one of the most worrying types of scams for British regulators today, Bank of England Governor Andrew Bailey said in April.

This is how the scam works

Santander said how scammers trick their victims by posting ads or videos featuring celebrities on Google (NASDAQ:) and trusted websites in which they are allegedly endorsing a cryptocurrency investment.

Other times they are other users who communicate through social networks with their victims to deceive them. In the advertising pieces, the celebrity used supposedly supports that investment and invites the user to invest their money.

By clicking the link and sharing their contact details with criminals, customers are contacted “and offered high returns on the crypto investment with little or no risk,” the bank stated.

“The fraudster will often employ high pressured sales tactics” and ask the user to download a “specialist software to support them opening cryptocurrency accounts.” The software is actually malware that allows the scammer to have full access to the customer’s computer.
When the client opens their cryptocurrency account and deposits money in them, “the fraudster freezes access, and takes over the customer’s account, leaving the customer unable to access their money,” the bank warns.

Read More:Why Celebrity-Backed Crypto Scams are on the Rise in the UK By DailyCoin

Bitcoin and Ethereum Prices Rallied This Week. It Won’t Last, According to These Experts

Bitcoin and Ethereum Prices Rallied This Week. It Won't Last, According to These Experts