For a rural Pennsylvania area, a cryptocurrency mine brought noise pollution | WITF

“Yeah, it is, it’s very frustrating. You know, we’ve been told numerous times it’s something that you guys are doing at the farm. I mean, none of this started until that moved in.” 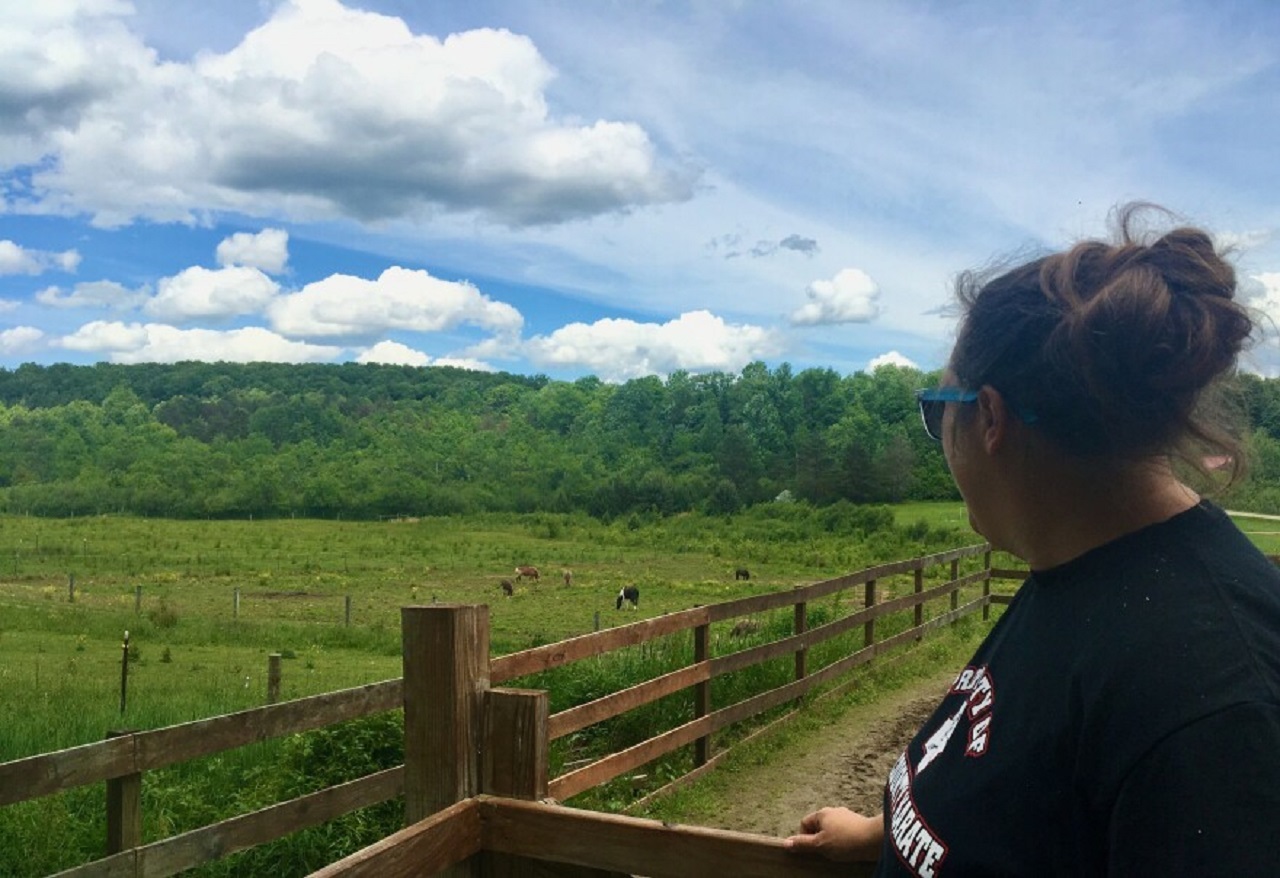 Amanda Balon, executive director of Big Maple Farms Natural Therapies in Ridgway Township, looking in the direction of a Bitcoin mining site she says can sound like a jet engine.

It’s quiet outside the afternoon Amanda Balon is walking around her family’s scenic 80-acre farm in Ridgway Township in northcentral Pennsylvania.

“This is our high tunnel area,” said Balon, co-owner of Big Maple Family Farm and executive director of Big Maple Farm’s Natural Therapies. “This is where we grow all of our greens and we start our plants so we’ve been working on getting all of our plants in the ground the last couple of days.”

“It sounds basically like a jet engine,” Balon said, describing the sound that comes from a nearby Bitcoin mining site. 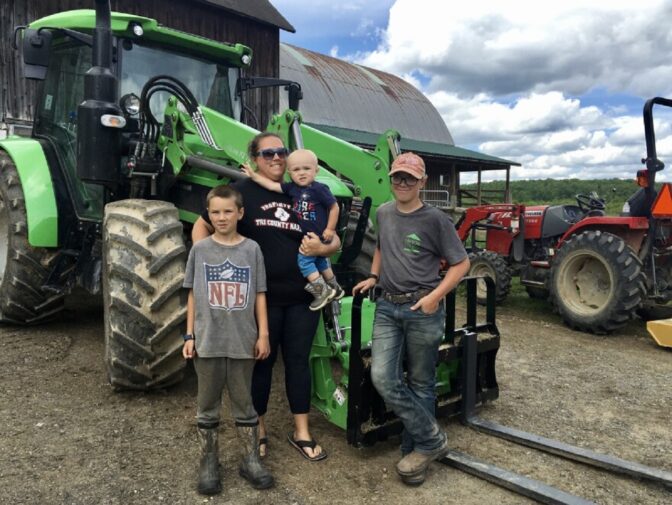 Amanda Balon, with her three sons, Logan, Connor and Garrett, at her family’s farm. She’s a fifth generation farmer and says noise from the cooling fans at a nearby Bitcoin mining site are disrupting her work.

While Bitcoin may sound like something out of Silicon Valley, sometimes it comes from the rural woods of Pennsylvania. And when it does, it makes noise. In this case, Ohio-based Pin Oak Energy Partners operates a natural gas site in Ridgway Township, Elk County. Only now, some of that gas is being used on site to run generators powering supercomputers that mine for cryptocurrency. And those generators and cooling systems can create a lot of noise.

It’s not what most residents are used to hearing in a rural area near forest and gamelands, leading to complaints from Balon and other residents to the company and township. Balon said the sound isn’t good for her farm animals, including the chickens and egg-laying hens.

“The sound started probably late September, early October when we first noticed it, but we again, we thought nothing of it. Fracking. You know, they started doing more, we started seeing a lot of trucks coming in and out. And then about January really picked up for noise. And that’s when we were told that’s probably when the sixth and final computer went up online.”

In an email, Pin Oak Energy said the sound levels were tested, including from neighboring properties around the facility. Those results, they say, were below noise levels in the local ordinance. They also installed “sound absorption” blankets and are looking at “more long-term solutions.”

In the meantime, Balon said the noise isn’t just a nuisance to her and her neighbors, it’s stressing her horses and disrupting her meat chickens and egg-laying hens.

“This is an October bird and that’s a December bird,” Balon said, as she showed frozen meat chickens from the farm. 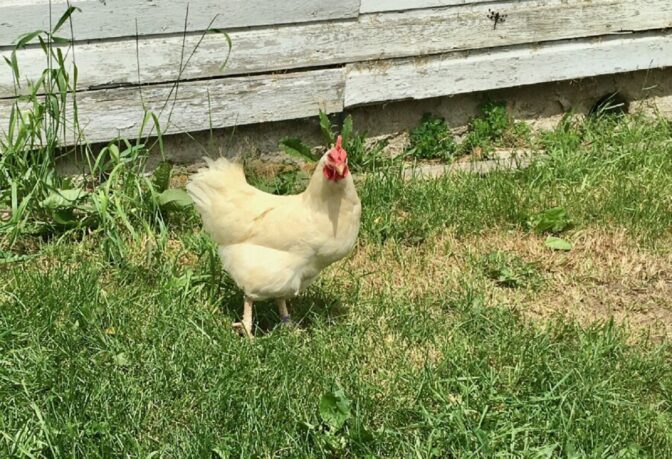 One of the egg-laying chickens from Big Maple Family Farm in Ridgway Township, Elk County. Amanda Balon says the chickens have been laying fewer eggs since noise from fans at the Bitcoin mining site increased.

“So we processed these ones in December. They should have been processed in November. So we had to keep these ones four weeks longer than intended.”

The meat chickens processed later in the year are smaller, which means more money was spent on feeding them and they’re sold for less.

And, Balon said, her meat chickens began huddling — something that’s hard to take.

She’s been working with a vet. Having the radio on in the chicken coop seems to be helping the meat chickens, but not so much the egg-layers. They’re producing fewer eggs.

“Yeah, it is, it’s very frustrating,” she said. “You know, we’ve been told numerous times it’s something that you guys are doing at the farm. It’s not the noise… But I mean, none of this started until that moved in.”

Balon and others have complained to the township about the noise. 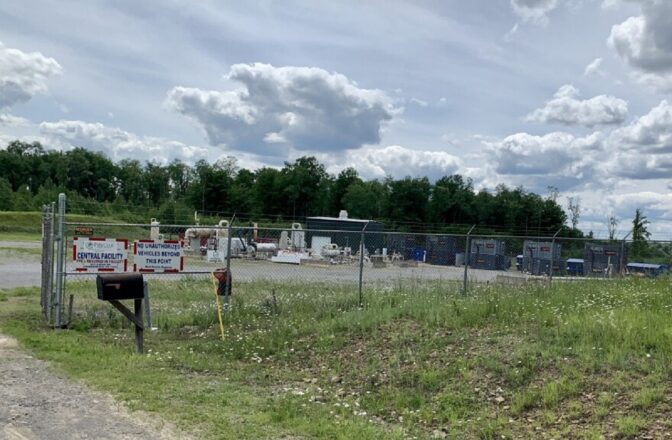 The state Department of Environmental Protection has inspected the site. In an email, a spokesman said the DEP “continues to be in discussion with the facility about the operation of the engines used to support cryptocurrency operations.” The DEP expects to make a decision about the permitting within a few weeks.

Environmentalists are concerned about Bitcoin mining too.

“Bitcoin is what they call ‘proof of work’ cryptocurrency. These are wasteful by design,” said Rob Altenburg, the senior director for energy and climate at PennFuture. “It doesn’t have to be that way. You can have block chain technology, you can have cryptocurrencies that aren’t wasteful like that. But just the underlying formula that Bitcoin uses, relies on wasting energy. And it wastes a tremendous amount of energy.”

Altenburg doesn’t think companies should use that “proof of work” design, when other options for cryptocurrency use less energy.

The DEP spokesman said the department does not track cryptocurrency mining facilities, but regulates air emissions associated with power plants. He said the DEP is aware of two waste coal facilities along with 10 natural gas sites that appear to be hosting cryptocurrency operations in Pennsylvania.

Tips to be a professional crypto trader!   – LoveBelfast

Why Bitcoin- And Ethereum-Related Stocks Are Falling – Benzinga

Why Bitcoin- And Ethereum-Related Stocks Are Falling - Benzinga