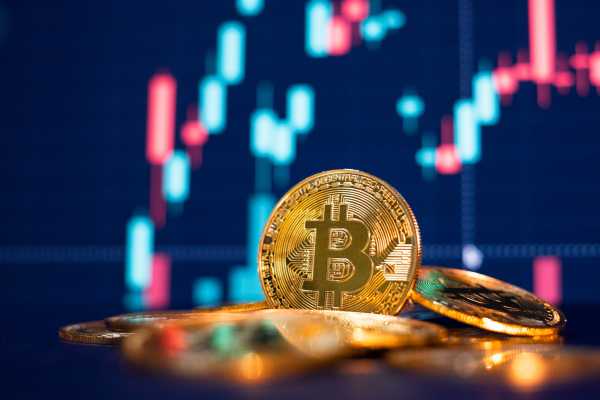 
In terms of the major altcoins, the world’s second-largest cryptocurrency by market capitalization Ethereum was last trading just above $1,050, up around 3.5% in the last 24 hours as per CoinMarketCap. Over the same time period, the likes of Binance’s BNB, Ripple’s XRP, Solana’s SOL, Cardano’s ADA and Dogecoin were all up between 2 to 6%.

US inflation data on Thursday contained fresh signals that US inflation looks to have peaked, with the Core PCE inflation metric falling to a six-month low of 4.7% YoY. But Consumer Spending data for May was weak and resulted in fresh calls that the US economy might already be in a technical recession. US growth will be back in focus when June ISM Manufacturing PMI survey data is released at 1400GMT later on Friday.

Fresh signs of growth weakness could further weigh on risk appetite (and thus crypto). Equally, any signs of easing inflation pressures might cushion any declines as investors pare back Fed tightening bets. Pay close attention to the Price Paid subindex of the upcoming ISM data release.

Crypto investors breathed a sigh of relief on Thursday as an ugly second quarter drew to a close. For Bitcoin, it was a historically bad quarter. The cryptocurrency closed out Thursday trade just under $19,900 according to CoinGecko, down over 56% since the end of March, marking the largest quarterly decline since Q3 2011. Meanwhile, June saw Bitcoin sustain its heaviest MoM losses since September 2011, with prices down over 38%.

Cryptocurrencies in general have been falling in tandem with a sharp decline in global equity prices. The MSCI World Index on Thursday closed out its worst first half of a year on record. Persistently high inflation amid various supply shocks (including Russia’s invasion of Ukraine and Chinese lockdowns) has forced central banks to get more aggressive in their tightening of monetary policy.

The hawkish shift from central banks has come despite growth and consumer sentiment showing signs of weakness across developed economies. This has created a toxic environment for risk assets, with investors shedding more speculative assets (like crypto and tech stocks) in favor of safer assets (like cash!).

So does that mean more pain for crypto? Many think so. “Bitcoin could be vulnerable to one more ugly plunge that could have many traders fearing a fall towards the $10,000 area,” said Edward Moya, senior market analyst at Oanda, in a note on Friday.

Firstly, crypto companies with robust balance sheets have been stepping in to stem contagion (for example, FTX stepping in to save BlockFi and Voyager Digital). Secondly, JP Morgan said that venture capital funding in the industry remains strong.

El Salvador Scoops Up More Bitcoin, But Still Down Big

El Salvador President Nayib Bukele on Thursday announced on Twitter that his country had purchased a further 80 Bitcoins for $19,000 each, thanking the market for “selling cheap”. That marked the country’s first purchase since May, when it bought 500 Bitcoins at an average price of $30,744 each.

According to analysis by CoinDesk, El Salvador has purchased 2,301 Bitcoins since it made the cryptocurrency legal tender last September for a total of just under $104 million. CoinDesk says that those holdings are now currently worth only $46.6 million, representing a 55% loss.

Celsius Network, which has paused withdrawals, swaps and transfers now for 19 days due to “extreme market conditions”, said in an announcement on Thursday that it is exploring options to “preserve and protect assets”. In a blog post on the crypto lending platform’s website, Celsius said it is “focused and working as quickly as we can to stabilize liquidity and operations, in order to be positioned to share more information with the community”.

“These exhaustive explorations are complex and take time, but we want the community to know that our teams are working with experts from many different disciplines,” Celsius said. The platform froze investor assets back on 12 June, fuelling concerns that the downturn in crypto markets in recent months had pushed the firm into insolvency.

Crypto news outlet The Block reported on Thursday that FTX passed on an opportunity to buy Celsius, having been put off by the poor state of the firm’s finances. The report said that FTX walked from the talks given a “$2 billion hole” in Celsius’ balance sheet.

BlockFi’s CEO Zac Prince took to Twitter to denounce the report, saying that the company isn’t close to being bought for $25 million. Back in March, a funding round had put BlockFi’s valuation at roughly $3 billion.