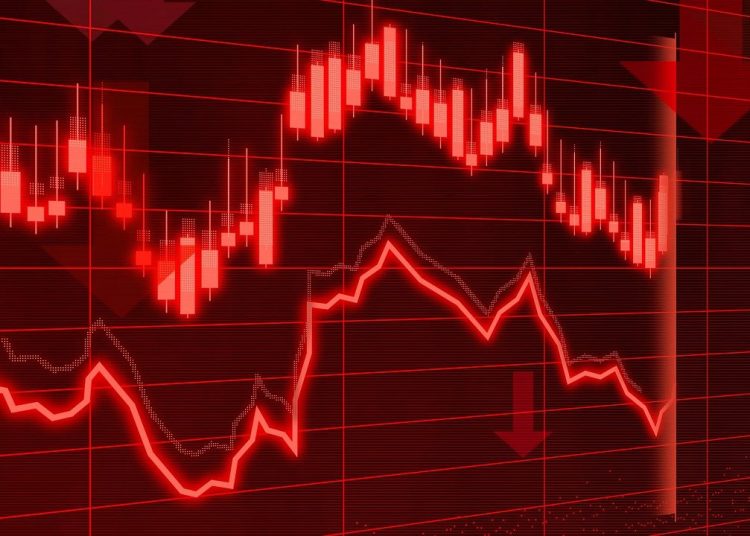 
Ethereum (ETH) traded in tandem with risky assets on the final session of the first half of the year, due to persisting fears of greater inflation and rising interest rates. Some analysts say this might set the stage to more decreases heading into the third quarter.

Following a four-day losing skid, ETH’s price fell roughly 6 percent to $1,044 on Thursday. The ETH/USD pair has also broken below its interim rising trendline support, creating an “ascending triangle” pattern in conjunction with a horizontal trendline resistance to the upside.

The Ethereum (ETH) price graph displays a five-day losing run that contradicts the comeback rally from the previous week. In addition, the decreasing price may reach the psychological $1,000 mark, suggesting the sellers’ effort at a further decline. In the past several hours, the price of Ethereum has breached a crucial level of support, falling below $1,000. The Fibonacci retracement indicator suggests that there are no strong support levels for ETH that could maintain price stability. Consequently, any selling pressure may result in another decline to $900 or even lower.

Ethereum is scheduled to receive the ‘Merge’ upgrade, a long-anticipated reformation that the global investment community has expected.

The upgrade intends to transition the blockchain from proof-of-work to proof-of-stake, a considerably more energy-efficient project that may also have an influence on transactions and crypto trading experiences, making it more effective.

But the launch announcement has not had the same effect on the investing community. The price of Ethereum continued to retreat with Bitcoin.

To have a chance of refuting the bearish view, the second-largest cryptocurrency by market cap must recover $1,100 as support.

Since middle of June, Ether had been running within an ascending triangle. On June 29, Ether broke below the triangle’s lower trendline, accompanied by a surge in trading volumes that confirmed traders’ certainty about a further downturn.

Suggested Reading | Bitcoin Slides Under $20K – Another Collapse In The Offing?

As a result, the downside goal for ETH for the third quarter, based on the ascending triangle formation, is about $835, which is almost 20% lower compared to the price on June 3.

During the Asia-Pacific trading, the price of Ethereum surpassed the previous day’s peak. However, as soon as the European session began, the price plummeted below its opening level.

Curiously, stocks declined in a similar manner. It is becoming increasingly evident that Europe and the United States are approaching the next phase of the global correction before entering recession, which is beginning to appear inevitable.