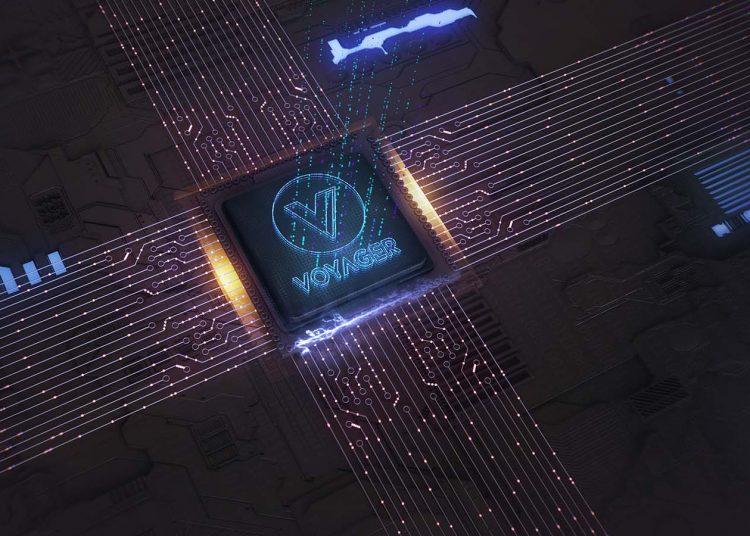 
Voyager (OTCMKTS:VYGVF) stock closed lower by 30%, reaching a new 52-week low of 25 cents during intraday trading. The crypto company announced today that it would be temporarily suspending all trading, deposits and withdrawals following the events of the Three Arrows Capital (3AC) fiasco. CoinDesk reports that 3AC has failed to pay back Voyager on its loan of 15,250 Bitcoins and $350 million in USDC.

In a series of tweets, CEO Stephen Ehrlich stated that Voyager had “taken steps to avoid this outcome,” which included receiving a loan from FTX-backed Alameda Research. The loan provided the company with a $200 million cash/USD Coin (USDC-USD) and 15,000 Bitcoins (BTC-USD) revolving line of credit. Voyager has currently drawn down on $75 million of its revolving credit.

Voyager has also suspended usage of its debit card as customers were advised to cancel all deposits and automatic payments. With that in mind, let’s get into the details of the announcement.

Ehrlich acknowledged that the suspension is “far from optimal,” but did not provide details on when trading, deposits and withdrawals would resume. Meanwhile, the company is currently pursuing solutions to recover its 3AC losses. Ehrlich has stated that Voyager is involved with the “court-ordered liquidation process in the British Virgin Islands.” The process began on Monday and will be handled by Teneo Restructuring.

Voyager customers will still receive loyalty awards for the month of June. It also plans on paying out rewards for July. As of June 30, the company had $685 million in crypto assets and $1.12 billion in crypto assets loaned. The crypto assets loaned include 3AC’s failed payment. The platform has loaned out 21,796 Bitcoins, which includes 3AC’s 15,250 Bitcoins as well. Voyager has also loaned out 401 million USDC and 170,336 Ethereum (ETH-USD). Cash held for customers totals $355 million.

The path forward for Voyager is clouded in uncertainty. There is speculation looming that FTX may make a bid for the company, although nothing has been confirmed. Today, FTX announced that it had accepted an option to purchase BlockFi for up to $240 million. This came after FTX provided BlockFi with a $250 million revolving credit facility.

“We are exploring strategic alternatives and having productive conversations with various parties, and hope to have more to share in the near future. Thank you for your support.”

On Penny Stocks and Low-Volume Stocks: With only the rarest exceptions, InvestorPlace does not publish commentary about companies that have a market cap of less than $100 million or trade less than 100,000 shares each day. That’s because these “penny stocks” are frequently the playground for scam artists and market manipulators. If we ever do publish commentary on a low-volume stock that may be affected by our commentary, we demand that InvestorPlace.com’s writers disclose this fact and warn readers of the risks.

Read More: Penny Stocks — How to Profit Without Getting Scammed

On the date of publication, Eddie Pan did not hold (either directly or indirectly) any positions in the securities mentioned in this article. The opinions expressed in this article are those of the writer, subject to the InvestorPlace.com Publishing Guidelines.

If You Invested $1,000 In Bitcoin, Dogecoin And Ethereum On Jan. 1, Here’s How Much You

If You Invested $1,000 In Bitcoin, Dogecoin And Ethereum On Jan. 1, Here's How Much You