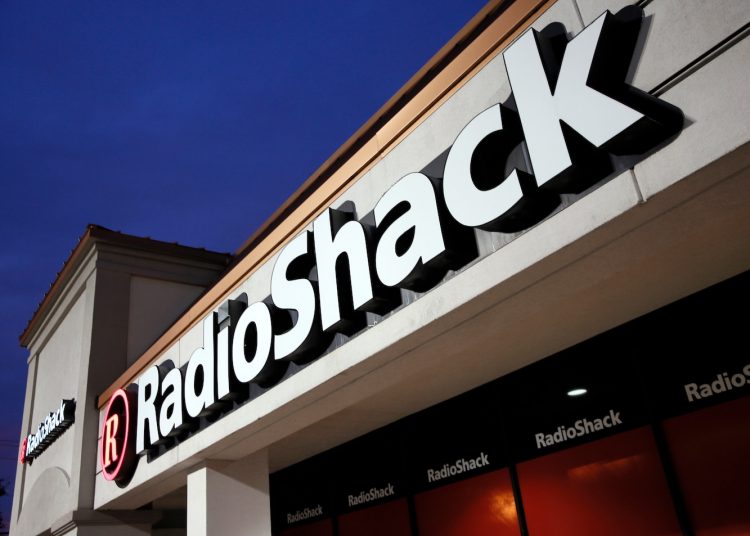 Gen Z may not be familiar with the RadioShack of their grandparents, but they’re getting to know its replacement. The 100-year-old retailer reintroduced itself on Twitter this week with a stream of often-profane tweets — some since deleted — filled with crude comments and drug references.

Variations of, “What in the world is going on?” peppered the comment threads, but a glance of the company’s Twitter profile partly held the answer: RadioShack is no longer the electronics store Americans ran to for generations, but rather an online cryptocurrency company that also happens to sell batteries.

“It’s our voice, a new voice, one for the people,” said Abel Czupor, the chief marketing officer. “RadioShack’s audience used to be only an older demographic, but as times have changed and e-commerce has taken over, the old voice of RadioShack is no longer relevant.”

Following a decade of decline, RadioShack was delisted by New York Stock Exchange in 2015. In its struggle to find a brand identity, the chain filed for bankruptcy twice, and went from having roughly 5,200 U.S. stores in 2014 to about 400 when private equity firm Retail Ecommerce Ventures (REV) purchased it in 2020.

That year, the retail industry’s vulnerabilities were fully realized during the coronavirus pandemic, as illustrated by the rush of bankruptcy filings. That’s when Miami-based REV snapped up a number of distressed retailers intent on reviving them into online-focused stores, including the housewares store Pier 1 Imports, sporting goods chain Modell’s and discount retailer Stein Mart.

REV was formed by Alex Mehr, the co-founder of online dating site Zoosk.com, and Tai Lopez, an online influencer known for coaching about his lavish lifestyle. They launched RadioShack Swap, a decentralized crypto exchange platform that allows users to swap coins or tokens, a format that comes with more flexibility and lower transaction fees than trading. Its token, called $RADIO, is worth about a penny.

Crypto scams are on the rise, draining more than $1 billion in last year

On the RadioShack Swap website, the company said its relaunch targeted people who might not be normally thought of as crypto investors. “There is a real generational gap between the average crypto user and the average business decision maker,” the company said. “This demographic difference creates a substantial psychological barrier to crypto adoption.”

In a May statement, the company reported trading volume of $40 million, with a daily average of $500,000 to $2 million. “The swap is adding two or three new tokens every week, and we continue to see robust interest among gaming-token startups, in particular. They understand that the RadioShack brand is congruent with their own play,” Mehr said.

Yet with its latest marketing strategy on Twitter, the reactions were mixed. One day the platform itself “randomly shut down our account and locked us out.” Czupor said, though some tweets were later restored.

A few internet figures with large numbers of followers posted warnings, calling it an “ad campaign to court public favor for their crypto scheme” and urging people to not fall for it. Jack Appleby, Writer of Morning Brew’s social media newsletter Future Social, said that “engagement doesn’t matter if it doesn’t translate to sales,” pointing to the value of its token in a thread analyzing its strategy.

“Those criticisms are completely false,” the company said in an email. “Sales have actually grown since we started upping out Twitter game over the past several weeks.”

Kylie Cammon, the founder of social media marketing consultancy Flying Hare Social, called RadioShack’s tweets an effective way to gain visibility. “Everybody who’s interested in Crypto is interested in this kind of humor,” she said. “They’ve definitely gotten what they were looking for there.”

Though some of the contents might be considered offensive, Cammon said that their target audience “might not necessarily care.” It was a gamble for RadioShack to go after the eyeballs while risking alienating a larger group, she said.

RadioShack, which declined to identify the poster, made clear it is committed to the strategy. In a tweet filled with internet shorthand, the nameless “intern” wrote: “Shack intern here. I wanted to take a sec to reflect on my post. Ik your expecting me to say, in my wildest dreams I never thought that tweet would go viral and to apologize. … No we didnt get hacked, and no im not fired. Buckle up …”

The campaign comes at a bad time for the crypto industry. Bitcoin, the most significant cryptocurrency, is trading near $19,000, more than 70 percent below its November peak. The South Korean crypto project Terra — with both a token and a so-called “algorithmic stablecoin” — saw much of its value wiped out over a few days in May. That triggered losses throughout the market, including to crypto-bank Celsius, which would go on to freeze assets, and hedge fund Three Arrows Capital, which would fall into liquidation this week.