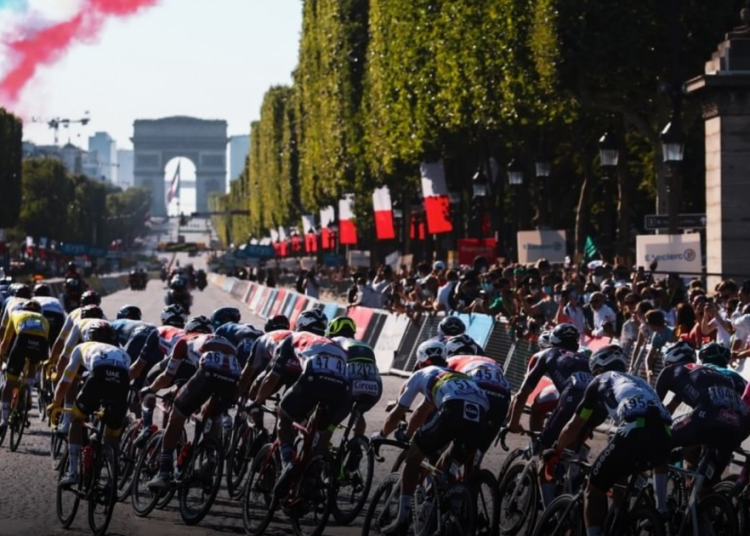 
Heading into the 2022 Tour de France, everyone is waiting to see if Tadej Pogačar can make cycling history.

He won his first appearance in the Tour de France in 2020 at just 21 years old, and followed that up with another dazzling performance in the 2021 edition, when he claimed his second yellow jersey at 22. Both years, he won the yellow, polka-dot and white jerseys, becoming the only cyclist to win all three jerseys in the same race.

The Sporting News will be tracking updates from the 22 teams (176 cyclists) in the 2022 field. Follow below for stage winners and standings during the race.

You can find a full list of classifications here

The 2022 Tour de France begins with an individual time trial in Copenhagen and two more stages in Denmark before it transfers over to France.

What do the Tour de France jerseys mean?

The Tour de France is unlike other sports where the winner of the race is the only winner. There are four primary jerseys that can be won: yellow, polka-dot, green and white.

Each jersey represents the race leader, and ultimately the winner, in four different classifications:

This is the most well-known jersey. The maillot jaune is given to the rider with the lowest aggregate time before the start of a stage. It is essentially the jersey that marks the leader in the race, and at the end of the Tour de France, it is worn by the winner. A cyclist can win a stage, but that does not mean they will have the yellow jersey as another cyclist might have a better overall time in the race. Jacques Anquetil, Bernard Hinault, Miguel Indurain and Merckx are tied for the record with five yellow jerseys each.

The best at venturing over mountainous terrain? Then the maillot a pois rouges will be seen on that cyclist. Given to the King of the Mountains, the jersey goes to the cyclist who receives the most points on the mountain stages. Climbs are graded based on difficulty, and the first rider to crest a mountain receives a certain number of points. Richard Virenque has earned the jersey most often as he held it four straight years from 1994-97, and again won it in 1999, 2003 and 2004.

The maillot vert is considered the sprinter’s jersey, and it is earned by riders who finish leading in the points classification. The different stages earn different point values, with first place in a flat stage earning 50 points, hilly or medium mountain netting 30 and high mountain, time trials and intermediate sprints earning 20 points each. Everyone in the top 15 of a stage receives points. Peter Sagan’s seven green jerseys are the most in history.

Cyclists who are under the age of 26 on Jan. 1 following the Tour de France can earn the maillot blanc, which is given to the best young cyclist. Pogačar is the youngest to win both the white and yellow jersey in the Tour de France with his 2020 victory, and his 2021 victory made him the youngest to do both twice. Given he will be only 24 on Jan. 1, 2023, he could tie Andy Schleck and Jan Ullrich with his third white jersey for the most by a cyclist with the chance to surpass both in the 2023 Tour de France.

The four aforementioned jerseys are the primary ones adorned by cyclists, but there are plenty of others that are worn during the race that have varying meanings. Rainbow jerseys represent the reigning winner, while riders wearing jerseys with a black number on a yellow background are the three on the fastest team. The rider determined to be the most aggressive the previous day will wear a white number on a red background.

Some riders will also choose to wear jerseys of their home nation if they win a national championship in a UCI-recognized country.

Merckx holds or shares several Tour de France records, though he remains the only cyclist to win the yellow, polka-dot and green jerseys in the same race.

Maurice Garin won the Tour de France by the largest margin in 1903, when he won by two hours, 49 minutes and 45 seconds. Greg LeMond in 1989 had the narrowest finish, when he beat Laurent Fignon by just eight seconds.

Sylvain Chavanel has appeared the most in the Tours de France at 18, and he and Joop Zoetemelk are tied with 16 finishes each, which is also a record. Chavanel has completed the most stages at 369. Zoetemelk has the record for most kilometers ridden at 62,885 (39,074.93 miles).

Lance Armstrong held the record for the fastest Tour in 2005 at 86 hours, 15 minutes and two seconds with an average speed of 41.7 km/h, or 25.9 mph. That win has since been stripped due to doping.