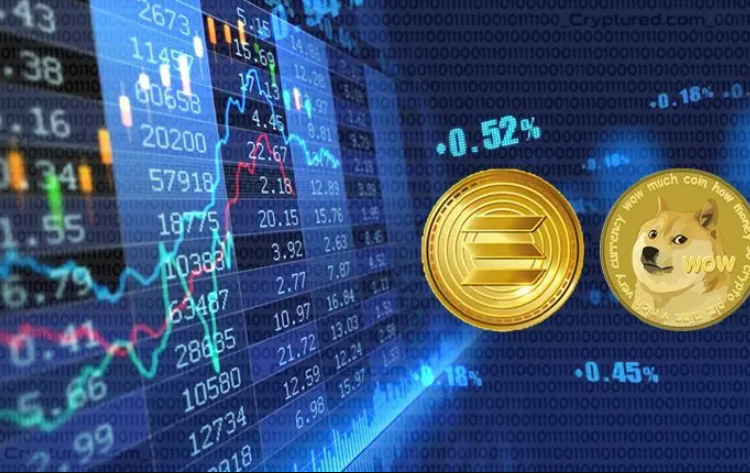 
A well-respected crypto researcher, Justin Bennett, recently noted that as long as Bitcoin trades below the $20K mark, some major cap altcoins will experience significant declines.

The top memecoin, Dogecoin (DOGE), according to Bennett’s 101,000 Twitter follower handle, has broken down from a rising wedge formation, signalling the continuation of the decline.

The crypto researcher forecasts that DOGE might go as low as $0.035, or almost 47% below current values.

“DOGE textbook retest in light of the breakdown from the previous day.

DOGE is currently trading for less than 7 cents at the time of writing. However, on the contrary, approximately 57% of Dogecoin traders on Binance futures are net-long, according to Coinglass data. The majority of retail traders’ attitudes are reflected in the long-short indicator.

The term “going long” describes taking a position in a specific asset. When the proportion of “long” traders reaches any of the two extremes, market volatility is likely to be extremely high (too high or too low).

Additionally, Solana, an Ethereum rival, is on the analyst’s radar (SOL). Bennet earlier stated that given SOL’s critical resistance levels around $37.40 and $39.25, a retest of $20 “looks likely” to occur in the ensuing weeks based on its weekly timeframe.

After SOL broke down from an ascending channel and turned the channel’s diagonal support into resistance on Friday, Bennett remained steadfast in his prediction for Solana. SOL’s price would be slashed by 34% if it fell to $20 from its current level. “SOL with the channel

“I still believe that before any meaningful bounce, it wants $20,” he further buttressed.

Terra Collapse was Caused by Two Traders, According to Chainalysis

Bitcoin and Ethereum Struggle to Recover, AR and RUNE Accelerate

Bitcoin and Ethereum Struggle to Recover, AR and RUNE Accelerate