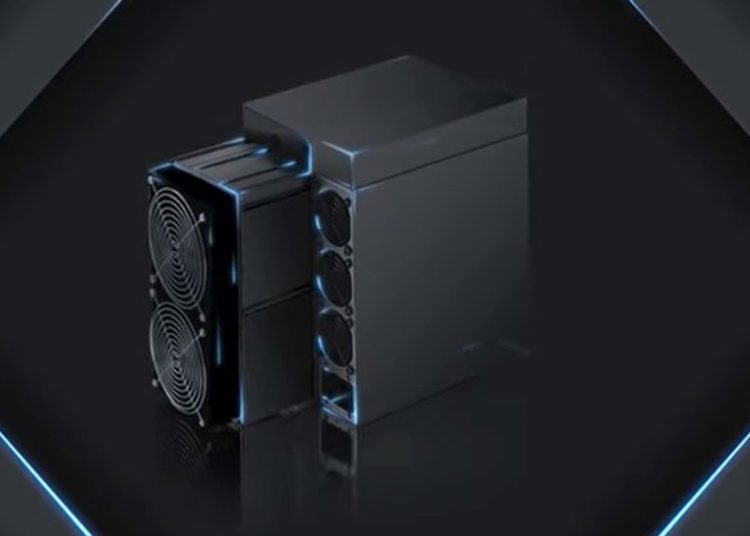 Since it first teased the Antminer E9, the specs appear to have changed somewhat, with no real explanation from Bitmain. Last April, Bitmain teased that it was about to launch a specialized Ethereum miner capable of 3,000 MH/s, using 2,556W, with an efficiency of 0.85 J/M. At the time, it boasted that it could out-mine 32 GeForce RTX 3080 graphics cards. Today, the finished shipping product is said to offer a mining performance equivalent to 25 GeForce RTX 3080. However, it seems to be a little more efficient. So Bitmain might have changed the Antminer E9 specs for pricing, efficiency, or another reason – but the company didn’t provide any explanations.

Bitmain’s Twitter account says that the Antminer E9 should be available today. We checked the site just a couple of hours after the touted hardware sales started, but it wasn’t available. It may appear on the Bitmain retail site (opens in new tab) later; however, it isn’t showing when the check box shows sold-out products.

The Antminer E9 has been through a prolonged gestation period since its teaser regarding the Ethereum targeting system in April 2021. At the time, Bitmain said it would launch “very soon,” but the company seemingly encountered problems releasing the ASIC miner. Bitmain didn’t share the pricing for the Antminer E9, either. Cryptocurrencies aren’t such an attractive investment as they were in the pre-war, pre-double-digit inflation, pre-recession spring of 2021.

As well as the crypto crash, which has paused chiefly since mid-June, there is another significant negative to the prospect of investing in a specialized ETH miner today. The oft-delayed ‘Merge’ where ETH mining ends, due to the transition to a Proof of Stake (PoS) model, is firmly penciled in for August this year. Sadly, there have been multiple setbacks, so that it could suffer another delay again.

Celsius Beats Down Liquidation Price With $120 Million In Loan Repayments

Celsius Beats Down Liquidation Price With $120 Million In Loan Repayments