How Crypto Is Affected by Interest Rates | HackerNoon 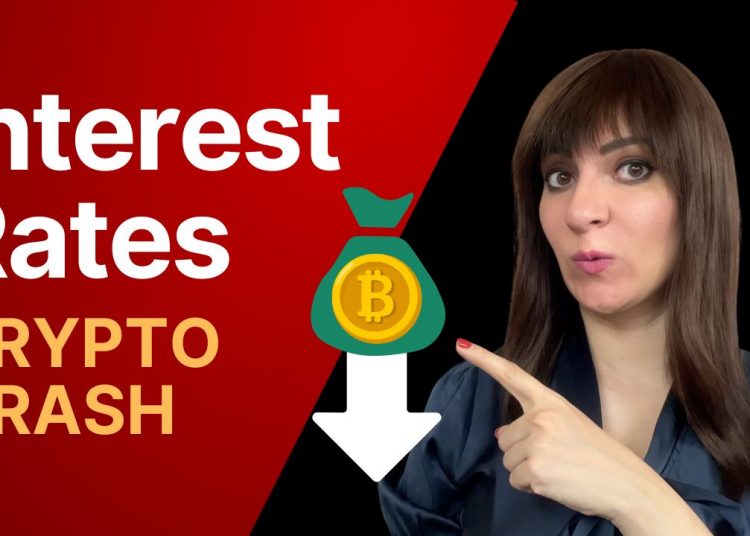 
If you’ve taken a look at the crypto market recently, you probably already know that things are starting to look grim. Almost every major crypto is down in price right now, and a lot of people are still confused as to why. Well, it’s all because of interest rates.

The official interest rate set by a country’s central bank can have far-reaching effects on the economy at large, including almost every single market. Some markets benefit from rising interest rates, while others suffer.

So, why were interest rates increased in the first place? Well, following the Russian invasion of Ukraine, global oil prices started to reach levels that the world hadn’t seen in years. Because of this, the U.S Federal Reserve was forced to take some sort of action. The main way to reduce the effects of inflation on an economy is by reducing overall consumption and increasing savings. This is why the only course of action to take is to raise interest rates.

When interest rates are higher, people are less likely to invest in volatile assets like stocks or crypto. Instead, these people are more likely to keep their money in a savings account, since the interest yield would be much higher than it previously was. Because of this, any increase in interest rates is surely going to lead to a decrease in crypto prices overall. That’s exactly what happened in May of 2022.

The Reserve increased interest rates in the US by 0.5%. This was the largest increase in interest rates in over 20 years. It’s important to understand that any change in the U.S economy can also be felt the world over. The US is by far the biggest crypto market in the world, even if it’s not the most widespread there. The power of US crypto holders alone is enough to keep the market afloat.

That’s why when the announcement was made and interest prices were increased, it led to a bloodbath in the crypto market. Pretty much every single cryptocurrency from Bitcoin to Ethereum started to crash. Some of the more unlucky cryptocurrencies started to die. Such as Terra (LUNA). LUNA was one of the top 5 largest tokens in the crypto market by total market cap in just April of 2022. It had a price of over $80 per token.

However, shortly after the announcement was made in May, one LUNA was worth about a fraction of a cent. Today, the entire Terra (LUNA) platform is dead. Some people have lost millions of dollars worth of LUNA, and it’s unlikely that it’ll ever be revived.

However, this might only be the beginning. The Fed has previously signaled that it wants to increase interest rates at least three times in 2022, although nothing is confirmed as of now. The best way to predict when interest rates are going to rise is by checking the current inflation trends.

But keeping in mind the current interest rates after the increase, is it possible for crypto prices to rise again? The short answer is yes. There’s a very real possibility that crypto prices might see an increase again even though the interest rates are higher than before. This is because the initial shock factor of higher inflation is slowly going to decrease.

In volatile markets like crypto, even a small little announcement is enough to send investors into a frenzy. This is precisely why so many investors sold all of their crypto assets within a matter of days. But once the market gets used to these interest rates, the crypto prices will stabilize and they will start to rise.

Because believe it or not, major cryptos like Bitcoin and Ethereum are still having massive fluctuations in price almost every day. These fluctuations could potentially be beneficial to traders.

Just like how the crypto market was negatively affected by the interest rate hike, so was the stock market. In May of 2022, we even saw stocks like Tesla have a downswing and underperform. This is generally because Tesla is a stock that people primarily invest in because of its potential, not because of its current performance.

This makes the Tesla stock a lot more like cryptocurrency than some other companies, and it also makes it a lot more volatile. Because of this, investors are now less likely to invest in Tesla stock in general.

How a Decrease in Interest Rates Affects Crypto

The bulk of its economy comes from consumption and the service sector. This is why there’s a very high chance that the Feds want to get inflation rates back down as fast as possible. No one can accurately predict the timeline of when that’s gonna happen, but it’ll happen eventually.

When it does happen, though, we will likely see one of the biggest crypto rallies in the history of the market. Suddenly, people will be a lot more confident whenever they invest in volatile assets like cryptocurrency. They will have more opportunities to invest. But simply, the change in perception is going to have a massive effect on crypto prices.

When skilled investors know this change in perception is happening, they will start investing more money into crypto than ever before in anticipation of an increase in price across the board. In all likelihood, this will probably lead to some of the highest crypto prices we’ve ever seen, and the “boom” period is going to last a while.

Eventually, there will come a time when investors want a return on their investment, and whenever the prices get a bit too high, pretty much everyone will start going on a selling spree. This selling spree will, once again, cause a decrease in prices.

What also matters is how much the interest rate increases or decreases. The 0.5% interest rate increase was completely unprecedented for the 21st century, at least. These types of numbers are not uncommon around the world, but in the US, it spells trouble. This is why this crash was worse than anything we’ve seen in the past.

However, when it comes to decreasing interest rates again, it’s likely going to be a lot more gradual. If the decrease is slower than the increase, it would mean that we might not see that “boom” that a lot of us are hoping for. Instead, we’ll similarly see a gradual increase in crypto prices across the board. When combined with the fact that people will want to sell crypto after each increase, it might not even affect long-term prices that much either.

But all of that is speculation. In reality, no one really knows what the Fed takes into account before an increase or decrease in interest rates. The reasons are probably a lot more complicated than all of us think, and all of the theories people have come up with about the effects of these interest rates on crypto might just end up being false.

Instead, crypto developers might come up with a way to mitigate the impact of interest hikes on crypto prices. The crypto market is always evolving. We’re a long way down the road from when Bitcoin was launched back in 2009. There are now countless other cryptocurrencies, all of which have their own unique features and guidelines.

For that, crypto will have to be more detached from the world economy at large. That’s sort of the goal of making cryptocurrencies decentralized, so it’ll be interesting to see what happens next.

When do you think the interest rates will be lowered again? Let me know in the comments below!