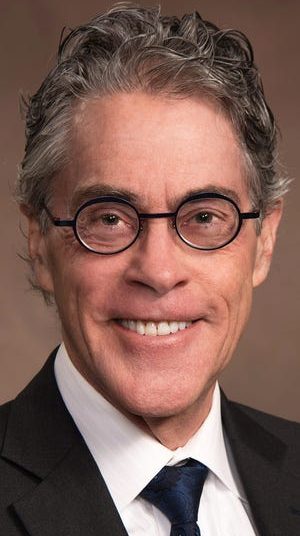 
I’ve been warning against speculating in cryptocurrencies since 2017.

Any currency typically has no place in any conservative investment portfolio. That is doubly true for digital currencies. They need to be approached in the same manner as any risky speculation. Never borrow to speculate in virtual or cryptocurrencies, and never commit more money to speculating in them than you can comfortably lose.

The recent headlines about cryptocurrency values certainly reinforce this advice. Crypto investments have seen exponentially more losses than investments in a diversified portfolio. On April 13, 2021, the price of a single Bitcoin surpassed $63,000. On June 27, 2022, the price was around $21,000. That’s a loss of two-thirds of its value in 14 months. In contrast, a diversified portfolio that does not have exposure to cryptocurrency is down around 5%.

This kind of volatility is ubiquitous for crypto currency. There is no evidence-based reason that long-term investors would include such a speculative gamble in their portfolios. It makes me wonder what personality types sign on for such a violently volatile investment experience.

Researchers Di Wang, Brett Martin and Jun Yao, writing in Social Psychology, conducted a survey of 566 investors to find out. They gave participants personality survey tests and asked them about their attitudes toward crypto and whether they invested in cryptocurrencies or planned to. Of their sample, 26% owned crypto and 64% showed interest in crypto investing.

The survey found those who own cryptocurrency are people drawn to high-risk investments and distrustful of government. The researchers then assessed these individuals to see if there was any commonality of personality traits.

What they found was amazing. These speculators, while saying they were investing for the hope of high returns, were drawn to cryptocurrency for reasons that were not just about the money. They all held personality traits in four areas that psychology calls the “dark tetrad:” narcissism, psychopathy, Machiavellianism, and sadism.

The survey found three common themes that might connect the dark tetrad personality traits to crypto: fear of missing out, optimism and a belief in conspiracy theories.

The researchers found that narcissists, who tend to be self-centered and experience feelings of privilege and predominance over others, tend to like crypto because they are confident that their decisions are better than the decisions of others. The cognitive biases involved here are overconfidence, delusion and narrow framing.

Psychopathy, according to the researchers, “is a callous, impulsive antisocial personality trait … The reckless nature of psychopaths makes them more resistant to stress and anxiety. As a result, psychopaths like stimulation-seeking and risk-taking.” They are prone to gambling and gambling addiction. While this includes the cognitive biases of overconfidence, delusion and narrow framing, it also includes confirmation bias and fear of missing out.

People with Machiavellian tendencies are skilled at deception and interpersonal manipulation. They like crypto because it is not controlled by governments, which they believe to be corrupt.

Sadism relates to a personality that enjoys another’s suffering and is often aggressive. While buying crypto is unlikely to harm others, the researchers found sadists like crypto because of fear of missing out on investment rewards.

Of course, not everyone who speculates in cryptocurrencies falls into the dark tetrad. If you wonder whether you have traits of Machiavellianism, narcissism and psychopathy, you can take an online assessment.

The bottom line of the research may be that self-aware people usually do not play with cryptocurrency, preferring a lack of extreme excitement in their investments. Those who do hold cryptocurrencies seem to have parts of themselves that enjoy walking an investment tightrope in extremely high wind conditions — an adventure that often does not end well.

Rick Kahler is president and owner of Kahler Financial of Rapid City.

Read More:Investing in cryptocurrencies comes with comes with a dark side

City lawyers warming up for ‘wave of litigation’ due to crypto crash: Angry investors