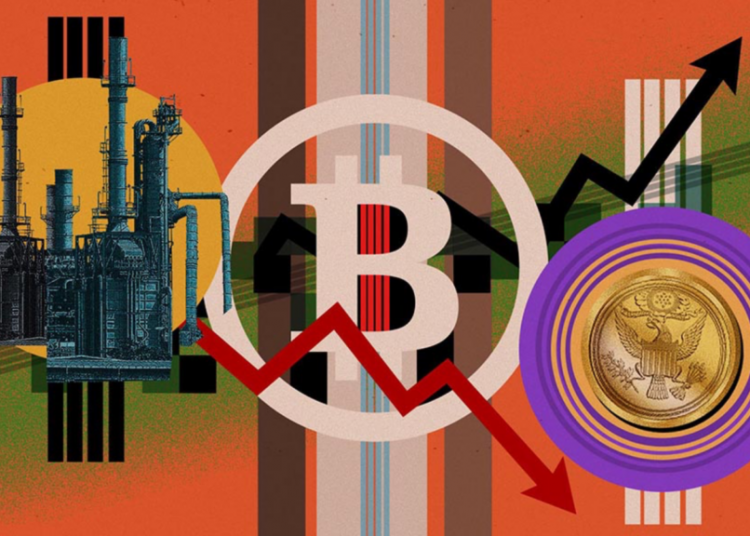 
After a relatively flat holiday weekend in the US, the top cryptocurrencies rebounded, if ever so slightly, Tuesday.

Wrapping up the second quarter last Thursday, the crypto market’s drop in June was the worst month since it was made available on exchanges in 2010. BTC’s value dropped more than 38% for the month, and ETH’s market capitalization fell by 47%, CNBC reported. The slide followed Luna’s collapse in May and crypto lending platform Celsius’ crisis that led to a broad sell-off in the space.

Traditional markets also had a rough time. The six months through last Thursday were the US stock market’s worst first half of a year since 1970.

Concerns about inflation continued to put pressure on the benchmark Dow, which closed down 0.42% Tuesday. The broader S&P 500 index closed 0.16% higher, though, and the tech-heavy Nasdaq climbed 1.75% with the outperformance of video game software development company Unity Software’s shares going up 12.9% higher as of market close.

Oil prices have seen a significant drop after West Texas Intermediate crude oil futures dipped below $100 per barrel Tuesday morning. Based on reporting from the G7 summit held in Germany last week, some officials think President Joe Biden’s plan allowing Russian oil to trade under a price cap could be used as a source of leverage to prevent price surges.

“Continued monetary tightening, coupled with no immediate signs of reprieve on the inflation front, is hurting all risk assets. Crypto still trades like a high beta risk asset,” Dunleavy said.

In the wake of the Covid-19 omicron variant surge, the economy this year took a hit from the energy crisis after Russia’s invasion of Ukraine. Gas and food prices have risen significantly, and inflation has hit a 40-year high. Now, investors are watching for another possible Federal Reserve interest rate hike that many are concerned could tip the US economy into recession.

Craig Erlam, senior market analyst at OANDA, wrote in a note last Thursday, that the US economy is among the best positioned to “fend off a recession but it’s not completely immune to the cost-of-living crisis. It may be catching up.”

Nexo Offers To Acquire Another Struggling Crypto Lender in Vauld

Entering the second half of 2022, what does it mean for crypto markets? Dunleavy thinks it’s worth watching how inflation impacts the bottom line for companies.

“Right now, price to earnings ratios on the broader indexes are in line with historic averages. If earnings miss, the indexes should meaningfully rerate lower, which should also drag crypto down,” Dunleavy said.

“Analysts have historically been too optimistic on earnings, particularly during recessions.  That seems to be the case again with earnings being revised downward.”

Get the day’s top crypto news and insights delivered to your inbox every evening. Subscribe to Blockworks’ free newsletter now.