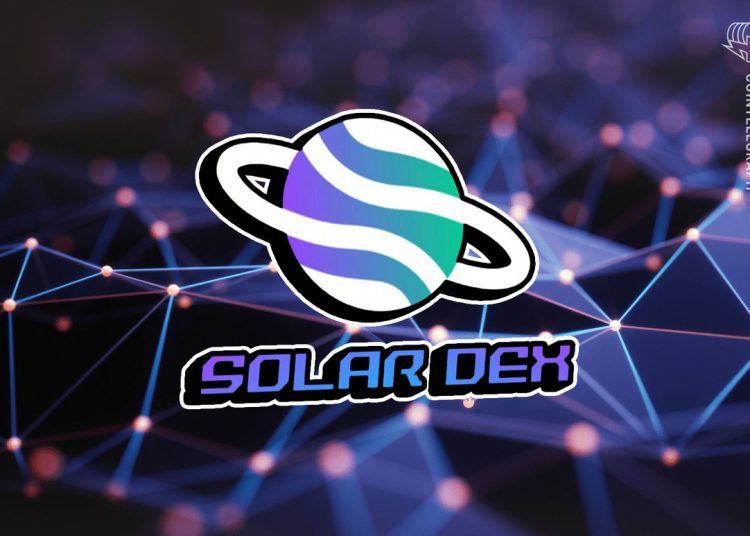 SolarDex aims to protect investors during these hard times by removing the possibility of rug pulls from the Solana ecosystem. SolarDex achieves this by locking the liquidity of other crypto projects for a minimum of three months or more, effectively eliminating the danger of listed crypto projects stealing funds.

In addition to locking liquidity — a liquidity pool is a pool of tokens locked in a smart contract that is used for trading between two assets on a decentralized exchange (DEX) — SolarDex also provides a Know Your Customer (KYC) feature where every crypto project launching on SolarDex reveals their true identity to the SolarDex team, further protecting the investor and deterring any bad behavior.

SolarDex is all about security and transparency, which is why the core team is fully doxxed — i.e., their identity is known to the public — and the project is fully legally compliant with American lawmakers. SolarDex is also the first United States-based DEX on the Solana blockchain, making it more trustworthy for big institutional investors and small investors alike.

SolarDex functions as many other DEXs, providing swaps, trading, and yield farming. What makes it special is that SolarDex prioritizes safety and transparency, which is why it is fully audited by not one but two skilled companies, thus bringing even more security to its investors and partnering projects.

The distinctions from other dexes don’t stop there. SolarDexalso offers a unique feature of redistributing 37.5% of the fees generated back to its community. To start generating passive income, one must be a holder of SolarDex’s nonfungible token (NFT) project called Solar Sentries and have the NFT staked to earn Solana (SOL). Solar Sentries NFTs are currently available on OpenSea and Magic Eden.

The passive income one can earn from SolarDex doesn’t end with Solar Sentries. Solar, the project’s own cryptocurrency can be staked in order to earn more Solar and other cryptocurrencies, further rewarding its holders with passive income.

The staking rewards for Solar are quickly running out, as most of its holders are staking in pool two. At current rates, SolarDex estimates that the Solar allocated for staking rewards will last until September 2022. After the staking rewards run out, SolarDex will move onto universal staking, making it possible to stake in return for other cryptocurrencies.

Solar’s total supply is 100 million. Eighty-five million Solar tokens are currently in circulation, of which 65 million are locked in staking, earning 60% APY. Solar has a relatively low token supply compared to other modern projects, which makes it rare considering that the supply will be shared between Solana, Near Protocol and any other crypto blockchains.

The team behind SolarDex holds only 5% of the total supply compared to other crypto projects where teams hold more than 25%. This provides further assurance that the team won’t affect the price by selling their tokens. No more minting of new Solar tokens is possible. The supply will always stay at 100 million across all blockchains.

The future is multichain

As the competition between layer-1 blockchains rages on, SolarDex recognizes the opportunity of the first-mover advantage and strives to deploy on multiple blockchains. The first on the agenda is Near Protocol for late summer, with more expansions coming as soon as the fourth quarter of 2022. This makes SolarDex’s use case even stronger, as it can reach a bigger market share and help provide security for investors on multiple chains.

In addition, bridges to Ethereum and BNB Chain are being built, allowing for easy access for investors new to the Solana ecosystem. The fees generated from additional blockchains, like Near Protocol, will also be redistributed to Solar Sentries NFT holders at a 37.5% rate, generating even more passive income.

Solar is currently in the process of getting listed on major centralized exchanges (CEXs), with the first steps such as legal compliance already sorted out. Listing on these exchanges is set to happen in the near future.

How to buy Solar

The best way to buy Solar is directly on solardex.finance. However, one needs a Solana wallet for this. The project is also listed on a handful of centralized exchanges such as Bitmart and P2PB2B, with more coming soon.

This is a paid press release. Cointelegraph does not endorse and is not responsible for or liable for any content, accuracy, quality, advertising, products, or other materials on this page. Readers should do their own research before taking any actions related to the company. Cointelegraph is not responsible, directly or indirectly, for any damage or loss caused or alleged to be caused by or in connection with the use of or reliance on any content, goods, or services mentioned in the press release.