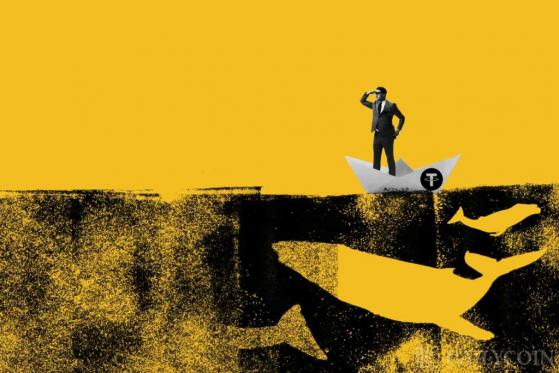 After closing Q2 of 2022 as its worst quarter in the last 11 years, analysts are beginning to hint at an end to Bitcoin’s woes. Senior commodity strategist Mike McGlone says Bitcoin has shown signs identical to the bottom of 2018.

According to McGlone, Bitcoin could spend the next six months on an uptrend as the 50-week, and 100-week moving averages are now showing bullish signs. When Bitcoin bottomed at $3,200 in 2018, it rallied up to $13,000 in the next 6 months.

According to Goldman Sachs, the trade is the first-ever intermediated block trade of CME Group (NASDAQ:) Bitcoin options contracts in Asian markets. The futures trade was arranged between Cumberland DRW LLC and Goldman Sachs.

The increase in Bitcoin’s adoption amidst the crashing prices has been interpreted to mean a bullish future for Bitcoin.

The mini-rally comes amidst reports that the court’s decision on the emails of former SEC official William Hinman might arrive soon.

The regulatory body recently filed a motion to exclude or limit the testimony of 10 expert witnesses, a move that could change the course of the lawsuit.

In response, has added two Kellogg (NYSE:) Hansen lawyers, Kylie Chiseul Kim and Clayton J. Masterman, to its team in order to bolster its legal team.

The price of XRP is still subject to sentiment from Ripple’s case with the SEC, and a court ruling on the Hinman speech-related documents could see XRP rally or decline.

The fear, uncertainty, and doubt (FUD) surrounding stablecoins since the TerraUSD collapse appear to have now taken a significant toll on whale wallets of Tether (USDT), the world’s largest stablecoin.

On-chain data tracker Santiment reported that Tether addresses that held from $100,000 to $10 million in Tether are now at three-year lows. This means that Tether has lost a lot of massive investors.

These whales, who once commanded up to 80.13% of Tether’s total supply in circulation, now hold only 28.42% of all USDT.

The decline, which started in November 2021, just after the crypto industry peaked at $3 trillion, was exacerbated by the UST crash. Since the event in May, the percentage of USDT held by whales has dropped from 35.5% down to 28.42%.

The supply of USDT held by whales is a crucial metric to judge the buying power left in investors to push the price of Bitcoin or other cryptocurrencies up.

The Ethereum Foundation has announced that its developers have successfully completed its second-to-last major Merge trial on the Sepolia public testnet. The team is gradually getting closer to transitioning into the proof-of-stake (PoS) blockchain.

Anthony Sassano, who hosted the July 6 Sepolia Merge live stream on YouTube, confirmed on Twitter (NYSE:) that the Merge transition happened “successfully,” and in addition, the testnet will be monitored over the next couple of days.

Ethereum protocol developer Terence Tsao announced the summary of the event. He said that although the merge was a success, 25-30% of the validators went offline after the Merge due to wrong configurations.

According to Terence Tsao, there are no client bugs in the Sepolia testnet. This means that there will be no hiccups to further delay the mainnet merge of the Ethereum network.

With the Sepolia testnet now successfully merged following the Ropsten testnet merge on June 8, there is now one testnet merge left before the mainnet merge of Ethereum.

Polygon Partners with Nothing to Bring Web3 Tech to Smartphones

Polygon has announced that it is partnering with the mobile phone creator, Nothing, to integrate its protocol technology into smartphones. The first stage of the partnership is an NFT project dubbed “Nothing Community Dots.”

Polygon will airdrop the Black Dot NFTs from Nothing to early buyers as part of the partnership. The tokens will give holders early access to new products and events. Among the first rewards are invites to Nothing Phone (1)’s launch in London on July 12.

Future developments would see both companies work together to integrate the Polygon platform, the many payment options, dApps, and games on Polygon’s network into the Nothing Phone (1).

Polygon has said that the goal is to make all of Nothing’s phone products and other ecosystem devices “future-ready” by backing sustainable and secure access to Web3 apps.

By deploying its technology on smartphones, Polygon looks to make crypto, web3, and NFTs more accessible to a wider audience.

Cardano (ADA) Top Crypto Project by Development Over Last Month, According to Analytics

Cardano (ADA) Top Crypto Project by Development Over Last Month, According to Analytics