What Polygon Blockchain Integration Means For The Nothing Phone (1) 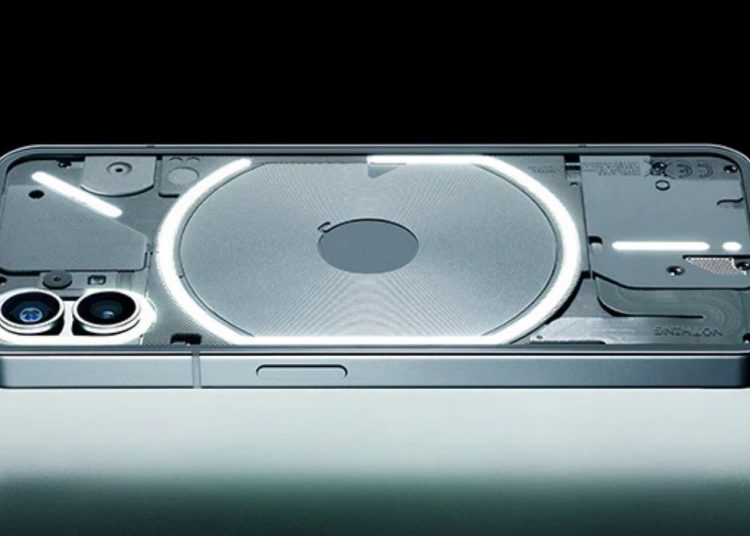 
Nothing is integrating Polygon’s tech to provide Web3 functionality for the Phone (1), which may be more than just a phone with a crypto wallet.

The startup company behind the Ear (1) earbuds, will soon be distributing its first smartphone, the Nothing Phone (1), which has already received thousands of pre-orders, and the emerging tech company has partnered with Polygon to provide Web3 integration. While there already exists several ‘blockchain phones,’ the Phone (1) appears to be aiming to be more than just a phone with a crypto wallet.

Mobile phones have become a core technology of modern society, and are the best platform for reaching the largest number of users worldwide. However, they are not compatible with blockchain networks without a third-party app. Most non-Web3 users are intimidated by downloading a Metamask wallet, buying and withdrawing crypto from an exchange, and signing transactions, a barrier which keeps Web3 firmly within the realm of enthusiasts and speculators. If some or all of this process could be handled automatically by a device’s hardware then it would eliminate a major barrier to mass-adoption of Web3 and blockchain technology.

SCREENRANT VIDEO OF THE DAY

Related: Why The Nothing Phone (1) Uses The Snapdragon 778G+ Chip

Nothing has partnered with low-cost Ethereum scaling solution Polygon to integrate Web3 into the Nothing Phone (1), according to Decrypt. This device will include payments and crypto storage, access to decentralized applications (dApps) on the Polygon network, and will use the Polygon ID blockchain identity system, which is rolling out in phases this year. Unlike many previous attempts at integrating crypto wallets into mobile phones as a sort of ‘side gig’ to capitalize on the crypto-craze, the Nothing Phone (1) is built by a team that is passionate about Web3 and wants the phone itself to be able to interact with dApps, make and accept payments, and provide a secure and self-owned identity for its user. If so, then this will be more useful and convenient than existing blockchain phones. However, until the July 12 launch date, it is difficult to know for certain what its Web3 capabilities will be, or if they are even anything to sneeze at.

Where Android or Apple phones require users to log in with their Google ID or Apple ID, the Nothing Phone (1) aims to use Polygon’s Polygon ID to create a decentralized, self-owned identity system secured by zero-knowledge cryptography. By securing the user’s identity behind cryptography while still being able to verify that identity, the user will be in full control and won’t have to entrust personal information to a tech giant, who may or may not sell that data to third parties or suffer a major database leak. Nothing isn’t the first company to create a blockchain phone, such as HTC’s Desire 22 Pro, but it is promising to go farther than competitors at implementing Web3 functionality beyond just an onboard crypto wallet.

Blockchain phones are beginning to emerge as next-generation mobile devices capable of facilitating Web3 interactions, but they have difficulty catching market interest. The greatest barrier to Web3’s mass-adoption is user experience and usefulness, as most people don’t have the time or interest to learn blockchain terminology and concepts, nor do they have any reason to when Web2 works just fine for them. The Nothing Phone (1) could contribute to mass-adoption if it obsoletes the need to download a crypto wallet and makes Web3 convenient, but until it is available nobody will know for certain what its full capabilities are or what kind of impact it will have on the coming growth of Web3, if it has any at all.

Next: Nothing OS: What To Expect From The Nothing Phone (1)’s Software

Read More:What Polygon Blockchain Integration Means For The Nothing Phone (1)

Crypto Whales Are Pouring Capital Into One Ethereum-Based Altcoin As Bitcoin Taps $22,000:

Crypto Whales Are Pouring Capital Into One Ethereum-Based Altcoin As Bitcoin Taps $22,000: