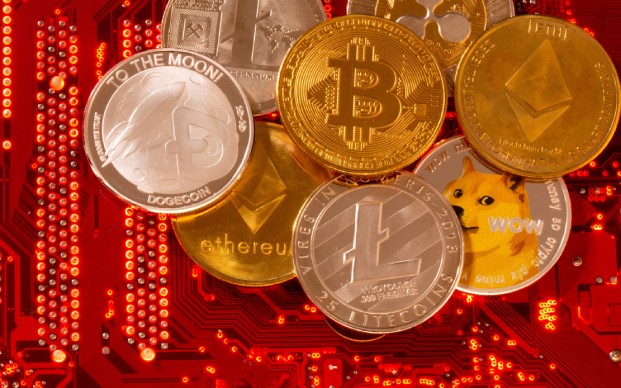 
The founders of Three Arrows Capital, the cryptocurrency hedge fund that collapsed last month, are dodging liquidators and aren’t cooperating, a court was told.

Singapore-based Three Arrows, which was reported to have $10 billion in crypto assets earlier in 2022, filed for bankruptcy in the British Virgin Islands in late June as the crypto market crashed.

But liquidators Russell Crumpler and Christopher Farmer said in a court filing that they could not locate Three Arrows founders Zhu Su and Kyle Livingstone Davies.

Crumpler and Farmer were appointed by a British Virgin Islands court to represent the company, wind down its operations and repay creditors.

The liquidators said they have had Zoom and email communications with a Singapore law firm purporting to represent Zhu and Davies, but they could not be sure they were actually reaching the founders.

Zoom Video Turned Off, On Mute

On a recent Zoom call, Su’s and Davies’ names appeared, but their video was turned off and they were on mute at all times. Neither answered direct questions on the call, according to the liquidators.

Crumpler and Farmer said they had stopped by the fund’s Singapore office, but could not enter because the door was locked. Mail had piled up unanswered.

The liquidators said Su and Davies have not yet begun to cooperate in the liquidation effort, and that they are concerned there is an “actual and imminent risk” that the founders or other parties will abscond with Three Arrows’ cryptocurrency assets.

Crumpler and Farmer filed a parallel bankruptcy case in New York in order to shield the fund’s US assets and gain international recognition of the liquidation proceedings.

They are demanding immediate access to Three Arrows’ Singapore offices and information about its bank accounts and digital wallets.

The collapse of Three Arrows, a high-profile casualty of the crypto crash, has dealt a blow to Singapore’s ambitious digital assets sector, by some measures Asia-Pacific’s largest.

Crypto players in Southeast Asia’s financial hub are bracing for further bankruptcies and legal tussles, and expect that regulators at the Monetary Authority of Singapore (MAS) might become less accommodating.

“After recent events it appears likely that the MAS will get tougher on crypto and digital assets,” said Hoi Tak Leung, a senior technology sector lawyer at Ashurst.

Investment in Singapore’s crypto and blockchain companies surged to $1.48 billion in 2021, according to KPMG, ten times the previous year and nearly half the Asia-Pacific total for 2021.

Regulators at the MAS have said they hope to encourage crypto-related services, a sharp contrast with China’s ban, a crypto tax in India that has crippled trading, and incoming rules in Hong Kong restricting crypto investing to professionals.

George Russell is a freelance writer and editor based in Hong Kong who has lived in Asia since 1996. His work has been published in the Financial Times, The Wall Street Journal, Bloomberg, New York Post, Variety, Forbes and the South China Morning Post.