‘Crypto Is an Investment in Nothing’: Charlie Munger – Decrypt 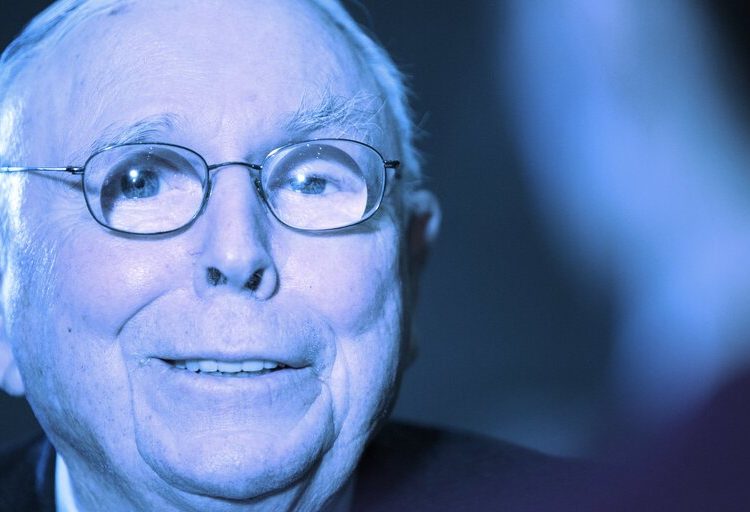 
Charlie Munger is at it again. The 98-year-old billionaire has once again scoffed at cryptocurrencies, saying that he would never in his life touch any of them.

“I think anybody that sells this stuff is either delusional or evil. I won’t touch the crypto,” Munger said in an interview with the Australian Financial Review, adding that he’s “not interested in undermining the national currencies of the world.”

Munger is the vice president of Berkshire Hathaway and the right-hand man of the legendary investor Warren Buffett, the chairman and CEO of the Nebraska-based multinational conglomerate whose history dates back to 1839.

Known for its significant holdings in publicly traded companies such as Coca-Cola, Bank of America, American Express, and Apple, Berkshire Hathaway is currently valued at over $600 billion, making it the 7th largest corporation worldwide.

Munger elaborated further on crypto, saying that the only correct approach to this “mass folly” is its “total avoidance.”

“Never touch it. Never buy it. Let it pass by,” said Munger.

He also argued that a much better investment would be purchasing shares in companies that have “real interest in real businesses.”

This is not the first time Munger has weighed in on the crypto debate.

He made headlines in the past when called Bitcoin a “delusion” and “rat poison squared.”

Earlier this year, he said he was proud he never invested in cryptocurrencies, comparing them to “venereal disease.”

At one point in May this year, Buffet also went as far as saying that he wouldn’t pay even $25 for all Bitcoin in the world, because he would later have to sell it back “one way or another.”

Read More:‘Crypto Is an Investment in Nothing’: Charlie Munger – Decrypt