Munger says it is insane to buy crypto or trade it 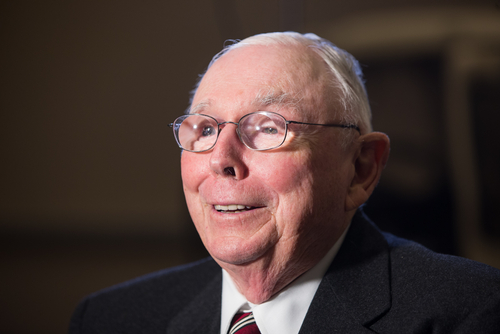 
Charlie Munger has taken another dig at Bitcoin and the broader cryptocurrency market.

Charlie Munger, vice chairman of Berkshire Hathaway and Warren Buffett’s business partner, has once again come out to voice his criticism about Bitcoin and the broader cryptocurrency market.

During an interview with the Australian Financial Review, Munger said he doesn’t understand why anyone would buy or trade cryptocurrencies. He said;

“Crypto is an investment in nothing. I regard it as almost insane to buy this stuff or to trade in it.”

His comment comes as the cryptocurrency space is currently experiencing a bear market. The bear market has been in play since the start of the year, with the prices of most coins down by more than 65% from the all-time highs they attained in November 2021.

Munger told the AFR that;

“I think anybody that sells this stuff is either delusional or evil. I’m not interested in undermining the national currencies of the world. I just avoid it as if it were an open sewer, full of malicious organisms. I just totally avoid and recommended everybody else follow my example.”

“I just regard it as beneath contempt. Some people think it’s modernity and they welcome a currency that’s useful in extortions and kidnappings and so on and so on, tax evasions.”

With a net worth of over $2 billion, Munger had previously regarded Bitcoin as Rats Poison. His long-time business partner, Warren Buffet, has also criticised Bitcoin in the past.

Despite their criticism, Bitcoin and other cryptocurrencies have recorded massive growth over the past few years.

Read More:Munger says it is insane to buy crypto or trade it

For a rural Pennsylvania area, a Bitcoin mine brought noise pollution

For a rural Pennsylvania area, a Bitcoin mine brought noise pollution