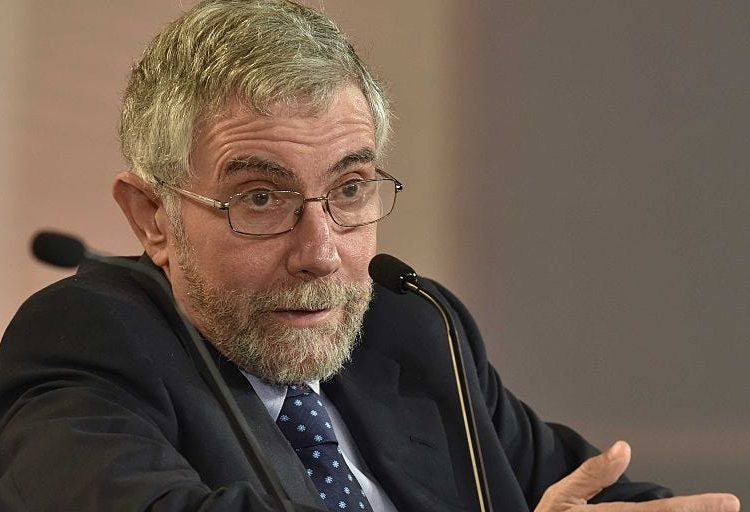 
The cryptocurrency market has turned into a “postmodern pyramid scheme,” the top economist Paul Krugman said in a New York Times op-ed – and the spectacular crash investors saw this year is a chance for federal regulation.

The vocal crypto critic, who previously called the digital asset the “new subprime,” said the industry has yet to develop products that are useful in the real economy and has instead marketed itself successfully as being both cutting edge and respectable.

“The way I see it, crypto evolved into a sort of postmodern pyramid scheme,” Krugman wrote. “The industry lured investors in with a combination of technobabble and libertarian derp; it used some of that cash flow to buy the illusion of respectability, which brought in even more investors. And for a while, even as the risks multiplied, it became, in effect, too big to regulate.”

His latest salvo against crypto comes after the stablecoin Terra and sister token Luna plunged in May, resulting in a domino crash of crypto companies that paused customer withdrawals or declared bankruptcy. The total crypto

has since collapsed to less than $900 billion from a peak of $3 trillion last November.

Krugman also noted last week’s speech by Fed Vice Chair Lael Brainard, who said the recent crypto sell-off shed light on “serious vulnerabilities in the crypto financial system,” as the appeal of a decentralized currency often made the space a hiding ground for fraud, money laundering, and other financial crimes.

allow transactions to be made with digital currency. And top institutions offer courses on maneuvering yourself around the blockchain, among them Princeton, Harvard, and MIT.

“Why were these mainstream institutions and people lending cover to what as Brainard made clear, a highly dubious industry?” Krugman said.

But this year’s crypto crash could be a golden opportunity for regulation, Krugman said. So far the federal government has taken some early steps. In March, President Joe Biden signed an executive order on cryptocurrencies to unify the US government’s oversight. And in June, two senators introduced a bill that lays out a framework for regulation.

Although Brainard’s speech acknowledged cryptocurrency was still growing, it wasn’t so large yet as to hurt the existing financial system.

That means there’s no time like the present to regulate the industry, Brainard said, before crypto threatens to topple the economy itself.

“That’s very good advice. I hope the Fed and other policymakers take it,” Krugman wrote.