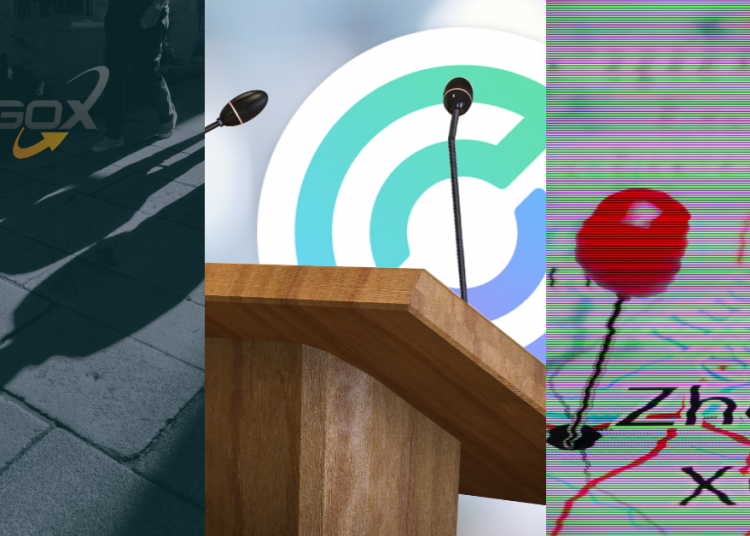 From the Editor’s Desk

“Many happy returns” may not be quite the first phrase that comes to mind among long-suffering customers of ill-fated Japanese cryptocurrency exchange Mt. Gox with the news that they appear finally to be getting their money back. But the exchange’s victims — who were stripped of their Bitcoin holdings in what at the time was the world’s biggest crypto collapse — may want to count their blessings.

Their Bitcoin is now worth less than half it was just six months ago — never mind only a few months before that, when its value was more than three times its current level — but their return on investment, considering BTC’s price was under US$1,000 before Mt. Gox shut down, is hardly to be sniffed at.

Indeed, Mt. Gox’s customers may prove to be more fortunate than those who have seen their holdings disappear amid the recent market plunge. Spare a thought for people who plowed their savings into the worthless algorithmic stablecoin Terra, and others whose funds were tied up in other recent collapses involving the likes of Celsius, Three Arrows Capital and Voyager.

Even notionally safe bets such as Circle’s USD Coin are not immune from concerns over potential trouble ahead, with lots of FUD over holders seemingly afforded no bankruptcy protection for funds the company has loaned to strategic partner BlackRock. In an exclusive video interview this week on Forkast’s “Word on the Block,” Circle CFO Jeremy Fox-Geen stated that if every customer wanted to redeem USDC for USD, funds are reserved and available.

And meanwhile in China, investors in more traditional finance sector businesses have hit the headlines, protesting and clashing with authorities over the freezing of accounts by four rural banks in Henan Province. Henan’s provincial banking and insurance regulator has hastily put together a repayment plan in an attempt to cool frayed tempers.

The banks’ customers know it’s payback time, and the political imperatives of the Communist Party are likely to ensure that they’ll see their funds returned in some way.

China’s rulers and the way they run things may hold little appeal for many of us, but it’s hard to dispute that their overweening supervision at least includes a measure of protection for bank depositors. In more benignly ruled jurisdictions, there’s little such comfort for investors in large swathes of crypto, so long as the industry remains subject to only inadequate regulation.

Until the next time,

Defunct Japanese crypto exchange Mt. Gox is edging closer to repaying the 141,686 Bitcoins held by its bankruptcy trustee, which may add to downward pressure on the price of the world’s biggest cryptocurrency.

Forkast.Insights | What does it mean?

The final chapter in the Mt. Gox saga is likely to set the scene for how crypto exchanges will behave going forward.

When Mt. Gox was hacked back in 2014, the crypto community collectively chalked up the experience to the pitfalls of being an early adopter. Few, if any, thought the lost funds would ever be recovered.

But now, 141,686 BTC will be distributed to creditors who have waited for more than eight years to get their money back. This is an important story given the current headwinds faced by exchanges and decentralized finance companies.

Crypto exchanges have a patchy record when it comes to compensating users for lost or stolen funds. Some have gone above and beyond, while others, such as Binance, have so far resisted calls for compensation. The Mt. Gox story suggests the industry is moving toward providing better safeguards for users — a development that’s long overdue.

As recent busts and withdrawal freezes have indicated, the crypto industry has fallen short when it comes to building robust protections for its customers. The Mt. Gox saga provides encouraging evidence, however, that with time, exchanges may indeed be able to be held to account, providing a much-needed speck of hope for investors seeking the return of their funds from the likes of Celsius and other collapsed crypto businesses.

By the numbers: Circle — 1,650% increase in Google search volume.

USD Coin stablecoin issuer Circle has responded to a wave of allegations made on social media that custodians of its reserves have been artificially inflating USDC’s market capitalization to profit from an alleged 5% custody fee.

Forkast.Insights | What does it mean?

As stablecoins take on a more prominent role in the crypto sphere, probes involving the security of their custodians will become more common. And rightly so — stablecoins haven’t so far lived up to their name.

Terra collapsed after seven major wallets began exploiting discrepancies in the price of the stablecoin on Ethereum. Tether has spent two months struggling to maintain its 1:1 peg with the U.S. dollar, and a number of other projects continue to battle adverse market conditions.

USDC has eaten into the dominance of Tether and the market share of other stablecoins, thanks to Circle’s alliances with finance sector heavyweights such as BlackRock and BNY Mellon, and its conduct with respect to U.S. regulators. It’s one of the few stablecoins that enjoy recognition as a stored-value asset under U.S. money transmission laws, putting it in the company of established financial services businesses such as PayPal and Stripe. But it’s not beyond reproach.

The controversy over USDC involves a new fund that Circle created with financial partner BlackRock, and the terms the company uses when it comes to its customers’ funds. Circle appears to offer no bankruptcy protection for the funds it has loaned to BlackRock, meaning that customers would foot the bill in the event of an implosion, drawing comparisons with the “London Whale” case that cost J.P. Morgan at least US$6.2 billion a decade…

‘Crypto Is an Investment in Nothing’: Charlie Munger – Decrypt