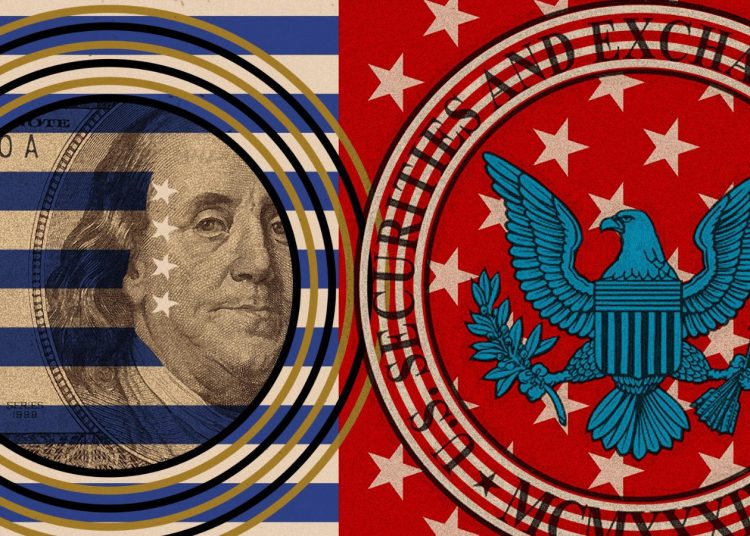 
Despite a contracting crypto market, blockchain analytics firm Chainalysis believes the recent fallout presents an opportunity for budding businesses, especially when it comes to bolstering the industry’s image in the eyes of the law.

In the wake of TerraUSD’s collapse in May, several regions worldwide moved to clamp down on what they perceived as a systemic threat to global financial stability posed by stablecoins and crypto. Lawmakers also sought to bolster consumer protections stemming from risky crypto bets.

Terra ran into trouble when its algorithmic stablecoin, UST, drastically dropped below its intended 1-to-1 parity with the US dollar due to a critical failure in its design, which effectively encouraged its price to ‘death spiral‘ once it had been de-pegged.

Other stablecoins such as Circle’s USDC and Tether’s USDT claim to be backed by a basket of reserves including cash, commercial paper, bonds and cash equivalents.

Todd Lenfield, Chainalysis’ country manager for Australia and New Zealand told Blockworks in an interview that regulation will continue to evolve.

“I don’t think we see anyone shying away from that but we don’t want to stifle the industry as well,” Lenfield said.

UST’s downfall caught many borrowers by surprise, particularly those who had taken out under or uncollateralized loans to leverage deeper into Terra’s ecosystem. Those borrowers were forced to swallow margin calls and liquidations that left some of the industry’s largest lenders filing for bankruptcy.

Bellwether cryptocurrency bitcoin has since taken a battering, having fallen close to 50% since Terra began flashing signs of capital flight to $20,000.

Late last month, EU policymakers reached an agreement on the long-debated Markets in Crypto Assets (MiCA) bill seeking to establish rules for how digital assets, including stablecoins, should be treated in the bloc.

MiCA is attempting to identify where existing financial services legislation falls short, particularly around how stablecoins should be policed and the total reserves these projects should have on hand. The bill also seeks to clamp down on money laundering by requiring non-compliant service providers to be listed in a public register, hoping to single them out as bad actors.

Chainalysis executive sees this as a time to grow

While the effect regulation could’ve played in preventing the contagion currently felt across the market is debatable, the general consensus among policymakers is crypto needs more heavy-handed rules — and fast.

Concerns from regulators, as well, are now centered on the well-worn issue of laundering ill-gotten gains and the evasion of sanctions, including Russia’s sanctions avoidance by Western allies resulting from its invasion of Ukraine in February.

Jason Allegrante, institutional custodian Fireblock’s chief legal and compliance officer told Blockworks in an email that it’s important for the cryptocurrency industry to clearly define its positive use cases.

“One reason for this is that we have done a fairly poor job as an industry of explaining the positive use cases for blockchain technology, including use cases that actually further the interests of law enforcement,” Allegrante said.

He continued: “A second reason is the perception that these markets are largely unregulated and operating without meaningful oversight. Ultimately, MiCA [and others like it] will help minimize these concerns by putting the onus on the industry to act.”

Yet according to Chainalysis’ Lenfield, there’s a silver lining somewhere amongst ominous dark clouds.

“We’ve always said when there’s downturns in the market that’s our chance to grow,” Lenfield said. “We see crypto businesses like traditional exchanges looking at offering different types of services, adding value to their customer sets which is no different to any other business and what they would do in a down cycle.”

Chainalysis’ primary pitch centers around aiding law enforcement in their attempt to catch illicit actors by analyzing blockchain data and mapping out addresses belonging to criminals.

“This space moves that quickly that we need to pivot and think about how we will deal with changes that happen in the blockchain space,” Lenfield said. “As it grows and as we want to bring people on board – we want to build that trust – we need to do that by having knowledge and applying some information sharing or regulations that work with that.”

Fireblocks’ Allengrate agrees adding a global, principle-based consensus around certain norms of doing business including anti-money laundering measures will need to be incorporated by the industry’s newest projects.

“Certain firms will do this better and more effectively than others and those that are able to adapt will, in many cases, thrive,” he said. “Regulation brings clarity and stability, it is often the case that stable markets with clear rules of doing business become more attractive to new entrants.”

Get the day’s top crypto nws and insights delivered to your inbox every evening. Subscribe to Blockworks’ free newsletter now.