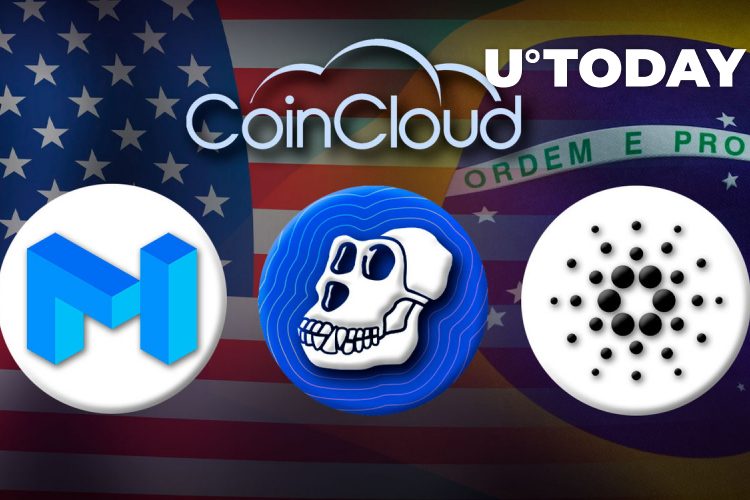 Coin Cloud announced an update to its crypto wallet, allowing the seamless use of about 6,000 Bitcoin ATMs and digital currency machines (DCMs) operating across the U.S. and Brazil.

Alongside the update of the Wallet itself, support for Cardano (ADA), Polygon (MATIC) and ApeCoin (APE) has been added to the existing range of 40 cryptocurrencies, including Bitcoin (BTC), Ethereum (ETH), Dogecoin (DOGE) and Shiba Inu (SHIB).

Just as importantly is the fact that Coin Cloud wallet is noncustodial. Commenting on the event, CEO and founder Chris McAlary said that the highest priority in developing the wallet was to concentrate control over the funds in the hands of their direct owner. This is the only way to ensure the principle “not your keys, not your coin,” stated the entrepreneur.

Everything is clear with the U.S.: crypto ATMs exist and have been actively used there for a long time, and the country itself is probably number one in the field of cryptocurrencies. What about Brazil? How is the crypto business there, and what is Coin Cloud’s perspective on the largest Latin American country?

Judging by the latest news, it is more than just good, especially as seen in the last week. First, Rio de Janeiro confirmed its plans to introduce cryptocurrencies and blockchain into the city’s infrastructure, even stating its intention to become the country’s crypto ecosystem. Next, Brazilian payment service PicPay, an analogue of PayPal and Cash App, launched cryptocurrency trading to its audience of 65 million people. Now another major Brazilian financial institution, Itau Unibanco, is thinking of following suit.