This ‘crypto winter’ is unlike any downturn in the history of digital currencies. Here’s 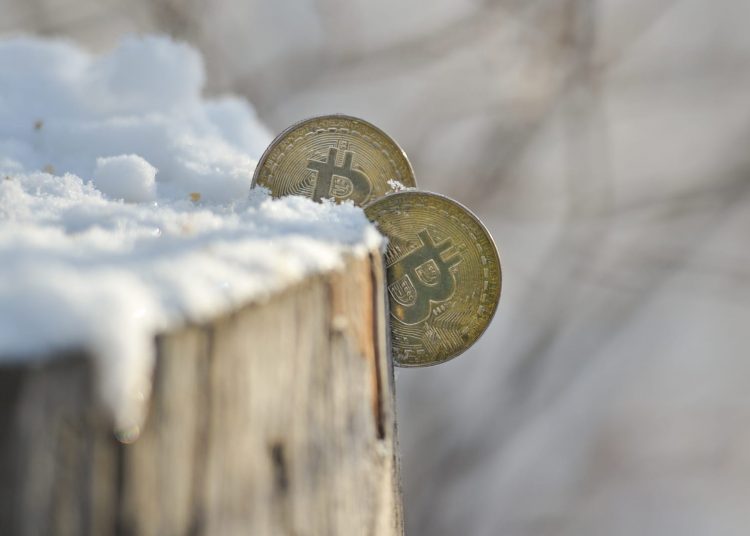 There’s something about the latest crypto crash that makes it different from previous downturns.

Cryptocurrencies have suffered a brutal comedown this year, losing $2 trillion in value since the height of a massive rally in 2021.

That’s resulted in many experts warning of a prolonged bear market known as “crypto winter.” The last such event occurred between 2017 and 2018.

But there’s something about the latest crash that makes it different from previous downturns in crypto — the latest cycle has been marked by a series of events that have caused contagion across the industry because of their interconnected nature and business strategies.

Back in 2018, bitcoin and other tokens slumped sharply after a steep climb in 2017.

The market then was awash with so-called initial coin offerings, where people poured money into crypto ventures that had popped up left, right and center — but the vast majority of those projects ended up failing.

“The 2017 crash was largely due to the burst of a hype bubble,” Clara Medalie, research director at crypto data firm Kaiko, told CNBC.

But the current crash began earlier this year as a result of macroeconomic factors including rampant inflation that has caused the U.S. Federal Reserve and other central banks to hike interest rates. These factors weren’t present in the last cycle.

Bitcoin and the cryptocurrency market more broadly has been trading in a closely correlated fashion to other risk assets, in particular stocks. Bitcoin posted its worst quarter in more than a decade in the second quarter of the year. In the same period, the tech-heavy Nasdaq fell more than 22%.

That sharp reversal of the market caught many in the industry from hedge funds to lenders off guard.

As markets started selling off, it became clear that many large entities were not prepared for the rapid reversal

Another difference is there weren’t big Wall Street players using “highly leveraged positions” back in 2017 and 2018, according to Carol Alexander, professor of finance at Sussex University.

For sure, there are parallels between today’s meltdown and crashes past — the most significant being seismic losses suffered by novice traders who got lured into crypto by promises of lofty returns.

But a lot has changed since the last major bear market.

So how did we get here?

TerraUSD, or UST, was an algorithmic stablecoin, a type of cryptocurrency that was supposed to be pegged one-to-one with the U.S. dollar. It worked via a complex mechanism governed by an algorithm. But UST lost its dollar peg which led to the collapse of its sister token luna too.

This sent shockwaves through the crypto industry but also had knock-on effects to companies exposed to UST, in particular hedge fund Three Arrows Capital or 3AC (more on them later).

“The collapse of the Terra blockchain and UST stablecoin was widely unexpected following a period of immense growth,” Medalie said.

The nature of leverage

Crypto investors built up huge amounts of leverage thanks to the emergence of centralized lending schemes and so-called “decentralized finance,” or DeFi, an umbrella term for financial products developed on the blockchain.

But the nature of leverage has been different in this cycle versus the last. In 2017, leverage was largely provided to retail investors via derivatives on cryptocurrency exchanges, according to Martin Green, CEO of quant trading firm Cambrian Asset Management.

When the crypto markets declined in 2018, those positions opened by retail investors were automatically liquidated on exchanges as they couldn’t meet margin calls, which exacerbated the selling.

“In contrast, the leverage that caused the forced selling in Q2 2022 had been provided to crypto funds and lending institutions by retail depositors of crypto who were investing for yield,” said Green. “2020 onwards saw a huge build out of yield-based DeFi and crypto ‘shadow banks.'”

“There was a lot of unsecured or undercollateralized lending as credit risks and counterparty risks were not assessed with vigilance. When market prices declined in Q2 of this year, funds, lenders and others became forced sellers because of margins calls.”

Read more about tech and crypto from CNBC Pro

A margin call is a situation in which an investor has to commit more funds to avoid losses on a trade made with borrowed cash.

The inability to meet margin calls has led to further contagion.

At the heart of the recent turmoil in crypto assets is the exposure of numerous crypto firms to risky bets that were vulnerable to “attack,” including terra, Sussex University’s Alexander said.

It’s worth looking at how some of this contagion has played out via some high-profile examples.

Celsius, a company that offered users yields of more than 18% for depositing their crypto with the firm, paused withdrawals for customers last month. Celsius acted sort of like a bank. It would take the deposited crypto and lend it out to other players at a high yield. Those other players would use it for trading. And the profit Celsius made from the yield would be used to pay back investors who deposited crypto.

But when the downturn hit, this business model was put to the test. Celsius continues to face liquidity issues and has had to pause withdrawals to effectively stop the crypto version of a bank run.

“Players seeking high yields exchanged fiat for crypto used the lending platforms as custodians, and then those platforms used the funds they raised to make highly risky investments – how else could they pay such high interest rates?,” said Alexander.

One problem that has become apparent lately is how much crypto companies relied on loans to one another.

Three Arrows Capital, or 3AC, is a Singapore crypto-focused hedge fund that has been one of the biggest victims of the market downturn. 3AC had exposure to luna and suffered losses after the collapse of UST (as mentioned above). The Financial Times reported last month that 3AC failed to meet a margin call from crypto lender BlockFi and had its positions liquidated.

Then the hedge fund defaulted on a more than $660 million loan from Voyager Digital.

As a result, 3AC plunged into liquidation and filed for bankruptcy under Chapter 15 of the U.S. Bankruptcy Code.

Three Arrows Capital is known for its highly-leveraged and bullish bets on crypto which came undone during the market crash, highlighting how such business models came under the pump.

To further complicate matters, Alameda owns a 9% stake in Voyager.

“Overall, June and Q2 as a whole were very difficult for crypto markets, where we saw the meltdown of some of the largest companies in large part due to extremely poor risk management and contagion from the collapse of 3AC, the largest crypto hedge fund,” Kaiko’s Medalie said.

“It is now apparent that nearly every large centralized lender failed to properly manage risk, which subjected them to a contagion-style event with the collapse of a single entity. 3AC had taken out loans from nearly every lender that they were unable to repay following the wider market collapse, causing a liquidity crisis amid high redemptions from clients.”

Is the shakeout over?

It’s not clear when the market turbulence will finally settle. However, analysts expect there to be some more pain ahead as crypto firms struggle to pay down their debts and process client withdrawals.

The next dominoes to fall could be crypto exchanges and miners, according to James Butterfill, head of research at CoinShares.

“We feel that this pain will spill over to the crowded exchange industry,” said Butterfill. “Given it is such a crowded market, and that exchanges rely to some extent on economies of scale the current environment is likely to highlight further casualties.”

Even established players like Coinbase have been impacted by declining markets. Last month, Coinbase laid off 18% of its employees to cut down on costs. The U.S. crypto exchange has seen trading volumes collapse lately in tandem with falling digital currency prices.

Meanwhile, crypto miners that rely on specialized computing equipment to settle transactions on the blockchain could also be in trouble, Butterfill said.

“We have also seen examples of potential stress where miners have allegedly not paid their electricity bills, potentially alluding to cash flow issues,” he said in a research note last week.

“This is likely why we are seeing some miners sell their holdings.”

The role played by miners comes at a heavy price — not just for the gear itself, but for a continuous flow of electricity needed to keep their machines running around the clock.

Read More:This ‘crypto winter’ is unlike any downturn in the history of digital currencies. Here’s

Serum Price Analysis: SRM ready to take-off to the next resistance level