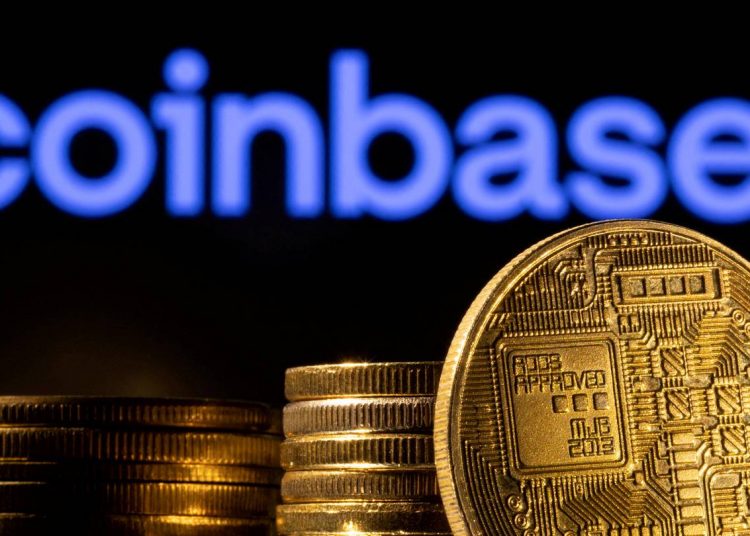 
Coinbase Global is falling out of the coveted list of the world’s top 10 digital-asset exchanges by volume as the markets battle a cryptocurrency winter.

The latest data for this month so far shows the company is now the 14th largest exchange, down from the fourth-biggest in late 2021, according to Mizuho Securities.

The main exchange for digital tokens in the US only had a 2.9 per cent average market share among the top 30 exchanges globally so far this month, Mizuho said. That’s down from 3.6 per cent average in the second quarter of this year and 5.3 per cent in the first quarter, the report said.

It is the latest sign that Coinbase’s profit trajectory looks problematic, according to Mizuho.

“We worry that the competitive nature of the industry is likely to require further increases in sales and marketing spend over time, and can also weigh on Coin’s take rates,” Mizuho analysts said in the report. “All this, coupled with subdued volume trends, is likely to weigh on profitability moving forward, in our view.”

As cryptocurrencies prices collapsed in the last eight months, erasing about $2 trillion in market value, the trading volumes of most large exchanges dwindled as retail traders remained on the sidelines.

Coinbase is suffering “because their business model is seeing structural issues: suffering from a perfect storm of more competition in a declining market while take rates are perceived to be too high and unsustainable”, Mizuho analyst Dan Dolev said in an email.

Coinbase said in June that it would lay off 18 per cent of staff after a streak of aggressive hiring. Other exchanges, such as Gemini Trust, have laid off workers as well.