Everything you need to know about the crypto crash 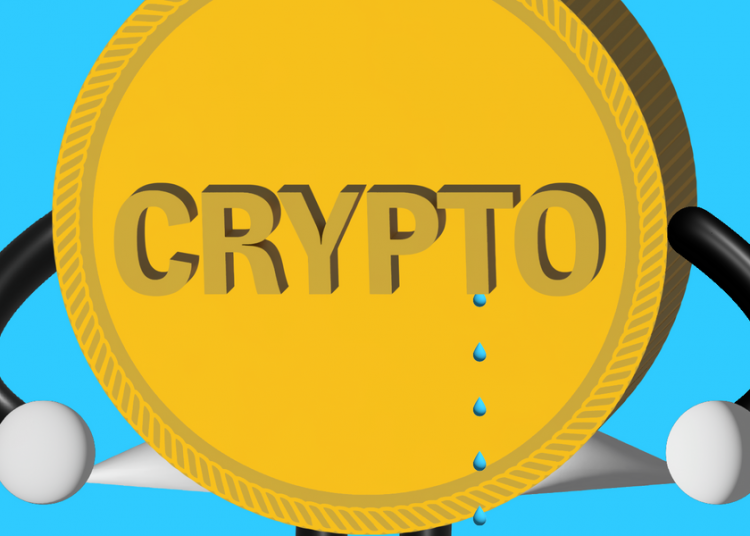 But it’s expected to get much worse. In a reflection of the skepticism, shares of major names including Netflix, Salesforce and Meta — as well as growing but still unprofitable providers like Twilio — are all down double-digit percentages. Meanwhile, cash-strapped vendors like Asana are near rock-bottom and face major questions about their viability in a recessionary environment. Even Google is slowing hiring. And there’s already been one sacrificial lamb: Dan Springer at DocuSign.

Part of that is the market correcting itself from the hyper-inflated revenue multiples that priced companies like Snowflake to nearly perfection. But many stocks could plummet even lower in the coming months. Now, it’s just a matter of which companies will begin the potentially slow stampede of muted sales outlooks — for some, a strategy to guide lower now to make future growth look more significant — and launch the subsequent cascade of analyst downgrades.

“We are going to see some signs of macro weakness,” said RBC Capital Markets analyst Rishi Jaluria. “The bigger question has to do with the guide and what happens in the back half of the year. There are so many companies at risk for downgrade revisions.”

Still, the upcoming earnings cycle shouldn’t be too apocalyptic. Most vendors of scale have customers locked into multiyear contracts, complete with multiple products SKUs, and won’t be as immediately susceptible to any wild swings in spending. That’s perhaps not as true for smaller providers, especially those that have a business model focused on selling outside the central IT team, or companies that gain revenue based on end-user consumption.

But come the end of the year, when businesses make important decisions about spending priorities, things could get brutal. That’s especially true for software makers that sell expensive systems that can require multiyear deployments, like SAP, Coupa and Workday. Even cloud infrastructure, the industry’s proverbial golden goose, could see a slowdown as companies look to clamp down on runaway spending.

Here are five things to bear in mind this earnings cycle:

How much will customer demand wane — and where?

Even before the economic red flags began sprouting more vividly this year, investors were skittish about the growth prospects for IT spend. There was a general fear that organizations mashed up several years of investments into two, bloating tech stacks and leading companies to curtail spending in 2022 and beyond.

First-quarter earnings showed the demand environment was quite steady. But analysts and company executives don’t expect that to continue. While it may not spell trouble this earnings cycle, annual and year-ahead forecasts could begin to look more gruesome, particularly for those companies that have a higher percentage of their business in regions that are showing more urgent signs of economic turmoil, like Europe.

Demand shouldn’t fall too significantly though, given that many companies are in the midst of several-year digital overhaul initiatives. But it will be enough to begin to weed out those vendors that were largely propped up by the surge in pandemic spending. And this quarter should give shareholders a better idea of which companies are best positioned to weather the coming storm.

“Investors’ biggest assumption is things get tougher from here to the end of the year,” said Wells Fargo analyst Michael Turrin.

No longer a question of ‘if’: What’s the FX impact?

It already began rearing its ugly head last quarter, but foreign exchange rates, or FX, are poised to wreak havoc on earnings.

Most major technology vendors are based in the U.S., but a sizable portion of their operations are around the globe. So if the dollar strengthens against the other currencies — like the yen or the euro, which is at parity with the dollar for the first time in 20 years — the “headwinds can really begin to kick up,” said Macquarie senior analyst Fred Havemeyer.

“The revenue and the cash flows you are booking and recognizing overseas, they are hit,” he told Protocol.

The issue is so pronounced that ServiceNow CEO Bill McDermott said it would affect every technology vendor, a statement that sank his own company’s stock.

What’s next for consumption-based pricing?

When Snowflake said revenue would slip by $97 million this year as a result of improvements that made it cheaper for customers to use the product, the pronouncement came down like a hammer.

For one, it seemed to have come out of nowhere. Just a few months prior, CEO Frank Slootman brushed aside any notion that Snowflake was facing a looming sales shortfall. Others said it simply didn’t make sense: that an infrastructure upgrade couldn’t possibly warrant such a sudden shortfall. Ultimately, it had investors asking lots of questions about consumption-based pricing. And now, coupled with the economic uncertainty, the model is a potential red flag.

While nowhere near as prevalent as the typical SaaS model, consumption-based pricing is now widely deployed across the industry. But all the attractiveness of the set-up — the ability to pay for only what you use — is now its biggest drawback. Ask early Snowflake customers the size of their first bills, and it’s likely you’ll hear something along the lines of: “much higher than we thought.”

In boom times, that doesn’t matter as much. However, as enterprises look to cut spending, expect limits on consumption for pricey software to be an early avenue that executives look at.

That could spell trouble for Snowflake and others, which operate entirely on a consumption-based pricing model. MongoDB, for example, recently forecasted lower usage of its flagship database product Atlas.

The narrative is even calling into question the continued dominance of Microsoft, AWS and Google. While all three firms will continue to post pretty sizable growth, it may not be as blockbuster as the prior quarter.

The most well-positioned companies are those “selling mainly into larger enterprises and who operate subscription pricing models,” Morgan Stanley analysts wrote in a recent note. Meanwhile, “we are becoming more cautious on companies operating usage based models.”

“Product-led growth” has been among enterprise software’s biggest buzzwords in the past few years. And the popular accompanying sales model, one in which a line of business users can purchase the product on their own with the click of a button, was being deployed by the likes of Smartsheet and PagerDuty.

But such a decentralized buying system could become less attractive in economic hard times. Companies may want to centralize more buying within IT to help keep a lid on tech spend, which could force companies like Smartsheet to try to grow their enterprise businesses much faster than they had planned.

And small businesses, which account for a large chunk of the sales at firms like Atlassian, may be particularly hit by a downturn and forced to cut costs dramatically.

How will the ISVs fare against the platforms?

Historically, vendors that offer a suite of tools, like Salesforce, Oracle, ServiceNow and others, tend to fare better than providers selling independent software vendors, or ISVs.

The appetite for risk goes down and the need to have that new, shiny feature offered by an ISV — but soon to be featured in Microsoft Teams’ newest product update — subsides. So-called “best of breed” providers remain confident that customers will be hesitant to consolidate too heavily on one of the major platforms. But analysts are already raising concerns about small but growing companies like Asana, which are fast running out of money and have little competitive moat around them to prevent larger players from nabbing customers.

However, other vendors that sell products that tout product features that are more attractive in economic hard times, like automation, could show resilience. Still, even RPA provider UiPath laid off 5% of its workforce, indicating the impact of the slowdown will be felt broadly in the tech sector.


Read More:Everything you need to know about the crypto crash