This Week In XR: Metaverse Mercenaries, “We Met In VR” To Air On HBO 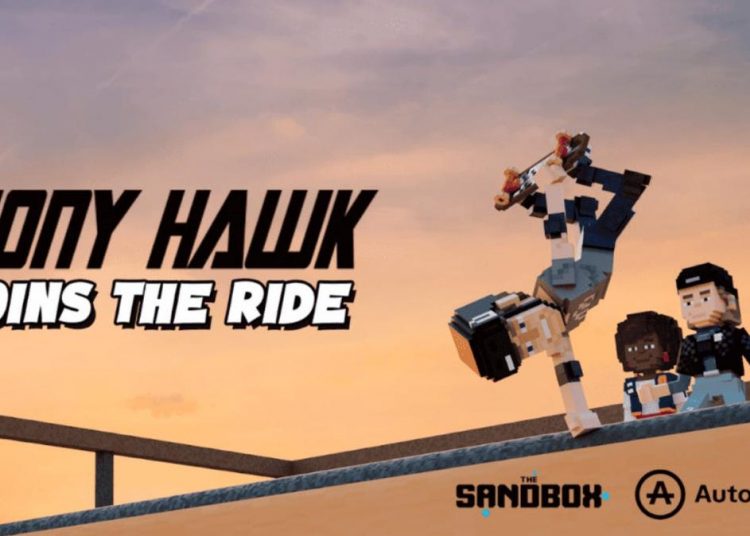 
The Clear and Present Danger of TikTok. This must-read from NYU Professor Scott Galloway lays out how the media monster, which he calls “a Trojan stallion,” is controlled by the Chinese government, and can influence us in ways we’re not even conscious of. Propaganda has a feature that makes it more lethal than bombs: stealth. “It’s the propaganda of influence without fingerprints, leaving people with the illusion that they’re making their own decisions,” Galloway says. That is scary. Scarier: it may already have happened.

Bravo Ready raises $3M for BR1: Infinite Royale NFT game. Players pay $1 to spawn into the risk-based shooter. They earn tokens in Solana’s SOL cryptocurrency for every kill that they get. Investors include Solana Ventures, 6th Man Ventures, Shima Capital, and Fractal CEO Justin Kan.​ What could go wrong?

Magic Leap 2 AR Headset Arrives Sept. 30, Starting at $3,299. The company, now entirely focused on enterprise applications, is smaller and leaner than its predecessor, and so is the new headset. It also has an important new feature that dims parts of the real world to make AR content easier to read, even outdoors. The headset comes in three flavors: the basic Magic Leap 2 is $3,299 and comes with a one-year warranty. The Magic Leap 2 Developer Pro ($4,099) comes with extra developer-focused software and sample projects. The Magic Leap 2 Enterprise version, with two-year support and enterprise-ready software is $4,999.

We Met in VR on HBO July 27th. Joe Hunting’s film, largely shot in VR Chat, was a hit at the 2022 Sundance Film Festival. The documentary explores the personal lives of people who live a good part of their lives in VR.

Tony Hawk is dropping into The Sandbox. The famous skateboarder’s “Pro Skater” series has made over a billion dollars since its launch in 1999. We shall see how the voxelated characters in the new virtual skatepark compete. The launch of the virtual skatepark will be accompanied by a new collection of NFT skater avatars that are being designed by Hawk. Of course they are.

Jordan Peele’s ‘Nope’ Gets a Mysterious VR Experience in Meta’s Horizon Worlds Users ride a virtual train to explore a multi-world VR experience featuring Easter eggs from Peele’s “Nope,” “Get Out” and “Us.” The experience includes a VR version of Haywood Ranch from the film where users can play multiplayer mini-games, play records, ride a motorcycle, and get sucked up into an ominous-looking cloud.

Meta Plans to Call New Virtual Reality Headset the ‘Quest Pro’ Bloomberg’s report should be a surprise to exactly noone. The headset, which will cost around $1,000, is expected before the holiday season.

The San Diego Padres’ AR Experience. The major league baseball team is partnering with Motorola, Qualcomm (which is based in SD), and Lenovo. The experiences were created by Rock Paper Reality using Qualcomm’s new Snapdragon Spaces.

Virtuix installs 60th VR Location. The company’s Omni Arena is a four player VR attraction. Players strap into omni-directional treadmills so they are able to “run” inside the simulation. Players can compete for cash prizes in national tournaments through Omni Arena’s built-in esports competitions.

Book Review: The Metaverse, And How It Will Revolutionize Everything, By Matthew Ball Ball has set himself a monumental task. In order to explain the Metaverse, he has to explain the history of the personal computer, the internet, mobile phones, networks, cable infrastructure, streaming, games, game consoles, and virtual and augmented reality. Because the Internet and what comes after it represents the convergence of business, history, and technology, intertwined like a golden braid, no technology, and few companies, go unmentioned. Some general business readers might consider this to be too much information, but I loved it and can’t recommend it highly enough.

This Week in XR is also a podcast hosted by the author of this column and Ted Schilowitz, Futurist at Paramount Global. This week our guest is Jason Warnke, Accenture’s Senior Managing Director for Global IT and Digital Experiences Lead. He’ll be speaking with us about how Accenture is leaning into VR for training and collaboration. Spotify, iTunes, and YouTube.

The freedom of limits: Why the metaverse is shaping up to be like Web2 (Jonathan Springfield/VentureBeat)

Read More:This Week In XR: Metaverse Mercenaries, “We Met In VR” To Air On HBO