Cryptocurrency Prices Plummet: What Should You Do? 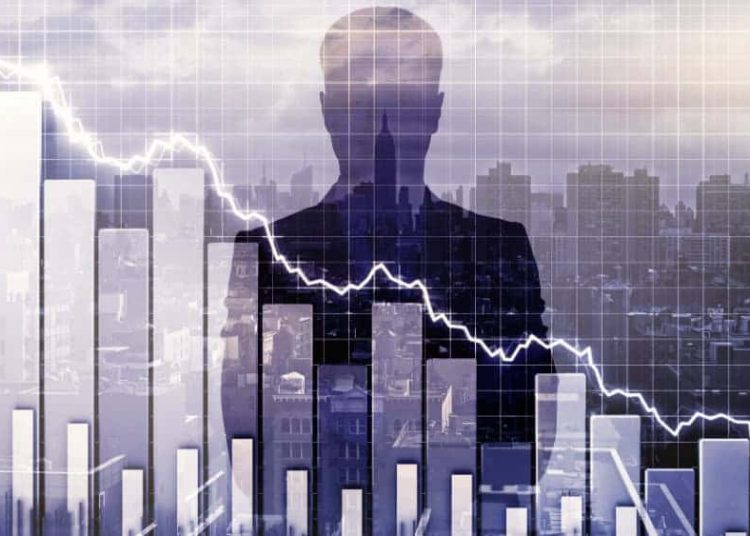 
The cryptocurrency industry had been growing rapidly for over a year before it hit its high last November. However, since then, the industry has fallen significantly out of favour, with several headwinds impacting investor appetite sending cryptocurrency prices plummeting.

In total, the price of Bitcoin (CRYPTO:BTC) is down roughly 70% from the high it reached on November 10, 2021, and the price of Ethereum (CRYPTO:ETH) has fallen by approximately 75% since its high that same day.

What was once one of the hottest sectors to invest in, covered constantly by mainstream media and garnering interest from investors of all generations, has since become one of the most out of favour investments. Plus, the selloff in the space has been exacerbated, as investors look to shed risky assets ahead of a potential recession next year.

But anytime prices move this significantly, especially for an industry with so much potential, it’s worth taking a look at the bigger picture before you abandon your investment altogether.

If you invested in cryptocurrency in the past or are thinking of doing so today, many of the bullish reasons to consider an investment haven’t changed, just because the market environment and prices have.

Therefore, for investors who are confident in the potential of blockchain technology over the long run, now is an exceptional time to consider adding or increasing exposure

For many investors who bought at the highs last year, this is a significant opportunity to lower your average cost. Even for investors who have been investing in crypto since before the major bull rally that began in 2020, now is the best opportunity to add exposure after so much adoption and innovation have taken place in the space.

So, let’s look at why Bitcoin and Ethereum remain two of the best cryptocurrencies to buy at these prices.

Is Bitcoin one of the best cryptocurrencies to buy at these prices?

There’s a reason Bitcoin continues to be the most popular and most valuable cryptocurrency in the industry. First off, because it’s been around the longest, it’s the most well known, so it’s naturally one of the most popular. However, in addition, its technology has been proven for years, and it’s survived multiple cycles in the prices of cryptocurrencies.

This is crucial, because it can give investors confidence to buy and hold Bitcoin for the long run. This is unlike newer cryptocurrencies and blockchain networks that recently launched and have had significant issues, which, in addition to causing major losses of wealth, have also impacted investor confidence in the space.

Secondly, because of Bitcoin’s popularity, it continues to be one of the most important trading pairs in the industry and one of the easiest cryptocurrencies to buy to get your capital into the space initially.

Therefore, although it hasn’t been the inflation hedge that many had once hoped it could be, there is still a ton of reason to be confident buying and holding the most valuable cryptocurrency, especially while it trades at these prices.

Ethereum is another top cryptocurrency to buy now

In addition to Bitcoin, Ethereum is another high-quality cryptocurrency to buy, which in my opinion, actually has more long-term potential than Bitcoin.

It, too, has been around for several years and several cycles in the cryptocurrency industry. And while it’s had its issues in the past (namely, becoming so expensive to use due to its rapid growth in popularity), the blockchain network is undergoing significant upgrades, which are expected to be released this year.

This should improve Ethereum’s network considerably and therefore improve its potential as well as the ecosystem of Ethereum-compatible chains that have been launched as a result of Ethereum’s incredible technology.

So, if you’re looking for high-potential cryptocurrencies to buy at these prices, Ethereum is certainly one to consider along with Bitcoin.

The recent bankruptcies and selloffs in the crypto space remind us why it’s essential to do a ton of research and understand the investments we’re buying. It also shows why it’s crucial to diversify our investments.

But one thing’s for sure if you understand why these cryptocurrencies have so much opportunity for growth and believe in their potential, then while prices are ultra-cheap, it’s the perfect time to make a long-term investment.

Read More:Cryptocurrency Prices Plummet: What Should You Do?