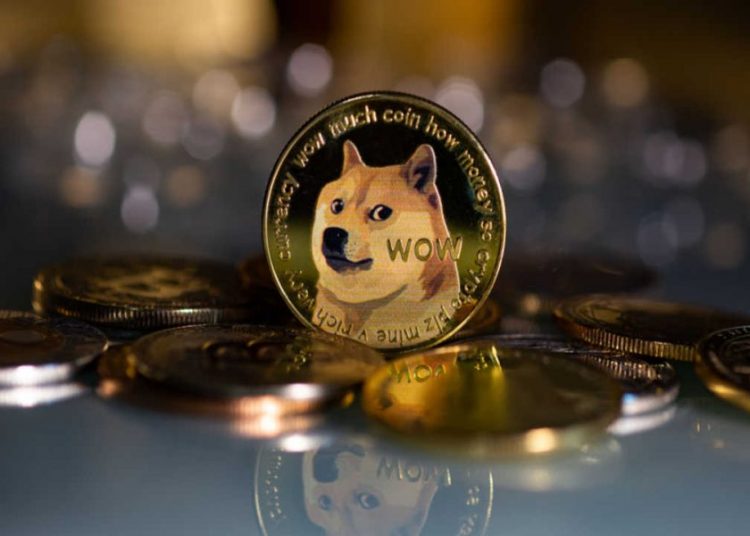 
Sometimes it’s better to be cool than competent.

That’s the only conclusion you can take away from Dogecoin’s growing acceptance as a payments currency — a role for which it is profoundly unsuited.

The first “memecoin” was created as a joke in 2013, a parody cryptocurrency fronted by a Shiba Inu dog popular in meme generators. A pair of programmers built it in a few hours, using Bitcoin’s code with a few tweaks designed to make it unusable thrown in. They didn’t even bother to keep any for very long.

But according to PYMNTS’ June report, “Paying With Cryptocurrency: What Consumers And Merchants Expect From Digital Currencies” it is owned by more consumers (5.6%) than any token except bitcoin (12%) or ether (6.8%).

Dogecoin is also better known than ether (38.6% to 30%) — the cryptocurrency that powers Ethereum, the original smart contract platform most crypto applications are built on, including decentralized finance (DeFi) and non-fungible tokens (NFTs), along a fair bit of supply chain management software.

The same thing applies to stablecoins like Circle’s USDC and Binance’s BUSD, which have no other use than for payments and dollar pegs to eliminate price volatility — and fiat reserves to back them — and are far better payments choices.

And, the 5.6% of the public who “currently hold” Dogecoin is 41% higher than Litecoin (3.3%) and 54% higher Bitcoin Cash (3.0%), both long-tested and well-supported payments cryptocurrencies that were designed specifically to fix bitcoin’s shortcomings as a payments token — notable low scalability, long finalization time and high transaction fees.

Both Litecoin (LTC) and Bitcoin Cash (BCH) have active foundations that have supported their development for years, making many tweaks and some major changes to improve usability.

A Place in the Wallet

While Dogecoin isn’t close to bitcoin and ether as a payments token, or coming up as fast as stablecoins like USDC and Tether’s USDT, payments processor BitPay added it to the list of currencies it accepts.

DOGE “made the cut” because it has “an intensely loyal and active following,” BitPay CEO Stephen Pair told PYMNTS’ Karen Webster in May.

“There was a lot of marketing value that companies derived out of that, a lot of opportunities for marketers to generate interest in companies that support those coins,” he added.

Among those was AMC Theatres CEO Adam Aron, who added Dogecoin to the list of cryptocurrencies the movie chain accepts for tickets directly (rather than through a gift card) after a barrage of Twitter requests from the core Dogecoin supporters called “Shibs.”

In September 2021, he launched a Twitter poll asking, “I hear from many on my Twitter feed we should accept Dogecoin too. Do you think AMC should explore accepting Dogecoin?”

I sincerely want to hear your opinion, via this Twitter Poll. By year-end 2021, AMC will take Bitcoin, Etherum, Litecoin and Bitcoin Cash for online payments. I hear from many on my Twitter feed we should accept Dogecoin too. Do you think AMC should explore accepting Dogecoin?

After 68% of the 140,000 voters said “Yes, for sure do it” Aron said the chain would move forward, and on April 15 tweeted: “Exactly as promised, the AMC mobile app for AMC’s U.S. theatres now accepts online payments using Doge Coin, Shiba Inu, and other crypto currencies — thanks to BitPay.”

Robinhood CEO Vlad Tenev also jumped on the Doge’s tail, tweeting that same month, “Can #Doge truly be the future currency of the Internet and the people? As we added the ability to send/receive DOGE on Robinhood, I’ve been thinking about what that would take.”

He concluded that while it had “vanishingly small” transaction fees, Dogecoin’s blocktime of one minute meant finalizing transaction would take too long, the block size — amount of information each new block of transaction can hold — would have to increase 1,000-fold, and eventually 10,000-fold. Which is not actually that hard.

He also pointed out that unlike bitcoin, ether, bitcoin cash and litecoin, Dogecoin has no maximum number of tokens that can be minted, making it one of the only inflationary cryptocurrencies. Although it was less than the dollar and would eventually fall to 2%, he said that was manageable.

Other problems the DOGE-opponents have brought up are that it uses bitcoin’s polluting proof-of-work consensus mechanism to mint new tokens and that one single wallet holds 28% of all Dogecoin — giving one unknown person the ability to move the market massively.

But there are plenty of other cryptocurrencies that are more scalable, faster and cheaper, so how on earth is Dogecoin beating them into people’s wallets?

If you’re old enough to remember VCRs and their bulky, book-sized videotapes, you might remember that VHS was distinctly inferior technology compared to Betamax. But it won in the court of public opinion.

Dogecoin seems to be doing that. Or at least staying much farther ahead of the pack than it should. For one thing, it has a very loyal following of long-time holders who spent years talking up its value, utility and general awesomeness.

Which meant nothing until Elon Musk — the world’s richest man and one of Twitter’s most followed (long before the current buy/don’t buy debacle) people — decided he liked Dogecoin and began tweeting about it, sending the barely known cryptocurrency’s price up like one of his SpaceX Falcon rockets.

See also: Dogecoin and the Siren Song of Crypto

With a fortune based on electric cars and rocket ships that gives him enormous techno-cool street cred that translates well into the youth-dominated, tech-friendly crypto world, Musk has proved a hugely successful patron, whose tweets reliably move the DOGE market.

While that hasn’t stopped Dogecoin’s price from collapsing along with the rest of the market, down 90% from its May 2021 all-time high of almost $0.74. But even at about six cents, it’s up 94% since Musk started tweeting and topped out at 12,000%.

What remains to be seen is if Musk’s support has built up enough on-the-ground support to keep Dogecoin a viable payments currency if Musk ever decides to stop letting people use it to pay for rides into space — a payments use he announced on May 27.