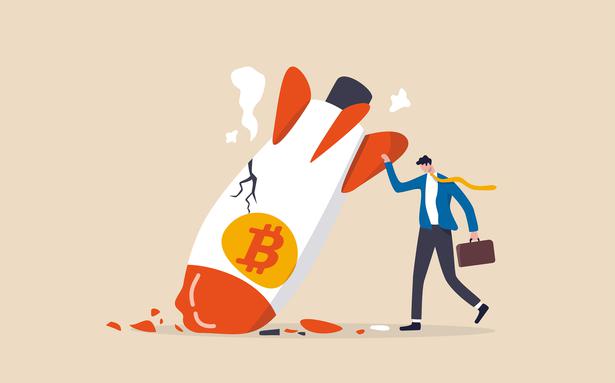 
Spot trading volumes across all centralised crypto exchanges across the world fell by 27.5 per cent month-on-month in June to $1.41 trillion, the lowest figure recorded since December 2020, said a report by digital asset data provider Crypto Compare.

The global crypto market is seeing its second trading crash of 2022 — the collapse of Terra Luna had wiped off $500 billion in May.

As the global cryptocurrency market experiences a bear run, the words “crypto winter” are on every investor’s lips. In India as well, trading volumes are seeing a major downturn, especially after the implementation of the April tax and 1 per cent TDS rule.

BusinessLine had previously reported that, with trading volumes being down by nearly 80 per cent since January this year, Indian trading exchanges are raising an alarm for liquidity crunch with major exchanges such as Vauld, WazirX, CoinDCX, Coinswitch Kuber suspending withdrawals. Smaller exchanges — Koinex, Coinsecure, Bitxoxo, Colodax and many others — have already shut down, and experts note that if the ongoing liquidity crunch persists for six more months, many more small exchanges will be in the danger of shutting down.

Reacting to the report, Atulya Bhatt, Co-Founder of BuyUcoin, noted, “Ups and downs are part of the crypto market. Exchanges must take this downturn as an opportunity to innovate, improve key exchange operations and products to be ready for the next bull run in the market.”

Speaking on BuyUcoin’s next steps, Bhatt noted that they are looking to expand in markets around the globe, including Latin America, Middle East and Europe. “Now is the good time to focus on these plans, when the market is going down and the activity is low,” said Bhatt.

The difference between pseudonymity and anonymity: When zero is more

The difference between pseudonymity and anonymity: When zero is more