How Ethereum Stakers on Lido Finance Are Trading the Merge – Decrypt 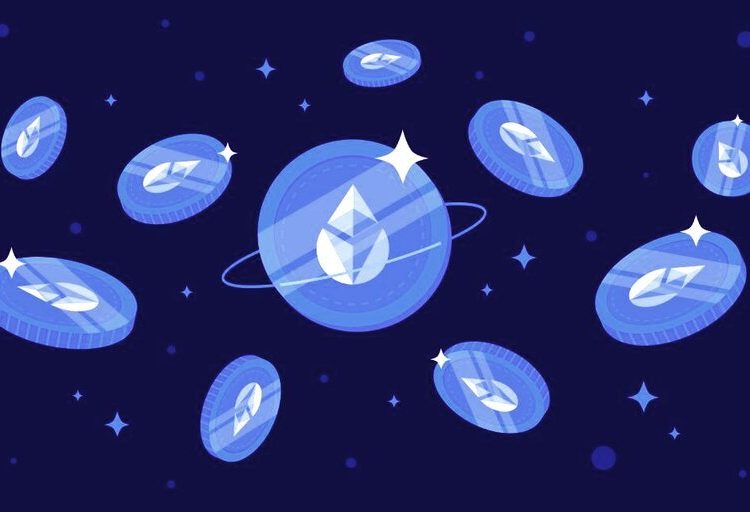 
Some of the largest fortunes in crypto have been made through arbitrage plays. Some of them were lying in plain sight but too difficult to execute; others were hidden.

Think of Arthur Hayes or Sam Bankman-Fried. Arbitrage was exactly how they were able to bankroll the launch of their respective exchanges. After that, though, the two founders’ trajectories have taken pretty different turns. The former pleaded guilty this year to violating the U.S. Bank Secrecy Act, while the latter has emerged as the buyer of last resort amid the latest crypto meltdown.

Still, the two both cut their teeth buying crypto low and selling it high elsewhere. Bankman-Fried profited off of South Korea’s so-called Kimchi premium, and Hayes made his money from a similar premium on the Chinese mainland.

These days, another potentially lucrative arbitrage exists. Right now, the value of Lido Staked Ethereum (stETH), a token that previously traded 1:1 to the price of Ethereum, has lost its peg to ETH.

At the time of writing, stETH is worth $1,037, and ETH is $1,081, a 4.7% discount on stETH. This discount has been known for some time, so why haven’t any of the Hayes’ and Bankman-Fried’s of crypto already scooped up this neat little trade?

Surely, it should be easy to simply buy the discounted stETH and then redeem it for the regular ETH and pocket the difference, right?

Well, not exactly. That’s because of how Lido Finance, the stETH provider, operates.

Lido’s a staking service that lets users deposit Ethereum, receive the stETH in return, and earn a small percentage in yield for doing so. Lido then takes those deposits and adds them to Ethereum’s Beacon Chain, essentially a parallel, ghost-version of the original proof-of-work version of Ethereum (but which uses proof-of-stake).

Lido has become a market leader for offering this.

Dune Analytics shows that Lido currently commands 31.5% of deposits on Beacon Chain; put otherwise, there is more than 4.1 million ETH locked up in Lido’s smart contracts. That’s a whopping $4.4 billion at today’s prices.

Due to how the platform is generating that yield (i.e. by staking it on what will eventually become Ethereum 2.0), there isn’t a redemption mechanism currently available. Savvy arbitragers cannot return those stETH deposits for the ETH they deposited in the first place.

From Lido: “While Lido allows you to transfer, trade, and use your ‘staked ETH’ before the launch of phase 1.5, you can redeem staked ETH for ETH only after transfers are enabled on Ethereum 2.0. ‘staked ETH’ are minted on a 1:1 basis for every ETH staked via Lido and burned once ‘staked ETH’ are redeemed for ETH.”

So that’s that for stETH, right? The market is simply expected to shrug off this de-peg as yet another failed experiment in DeFi?

Not quite. In fact, for some Ethereum bulls, it may even pose another opportunity to bet big on the successful launch of Ethereum 2.0. Remember: “You can redeem staked ETH for ETH only after transfers are enabled on Ethereum 2.0.”

Thus, in the meantime, you could hypothetically begin scooping up all that discounted ETH as you wait for the moment you’re finally able to redeem it 1:1.

Betting on The Merge

It may sound easy, like capturing the Kimchi Premium back in the early days, but it takes a lot of nerve.

When making such a bet you’re assuming: 1) the highly anticipated Ethereum upgrade will indeed happen, 2) Lido will still be around at that time, and 3) the price of ETH won’t have plummeted by the time of The Merge, eating up any potential arbitrage profits.

Today, Ethereum is still at four figures. Tomorrow, it could be down to three.

Another consideration is that of opportunity cost. In making this bet, you’re also assuming that there aren’t even more lucrative bets to be made elsewhere. You could end up missing out on the next big thing while waiting to redeem said Ethereum.

Another similar bet you could make is on Grayscale’s Bitcoin trust, which is currently trading at an even larger 30% discount to the underlying asset.

In that bet, though, you’re essentially betting on the Securities and Exchange Commission finally approving a BTC spot ETF. Who knows when that will happen.

As for the Merge event, Ethereum developers are saying September—for now.