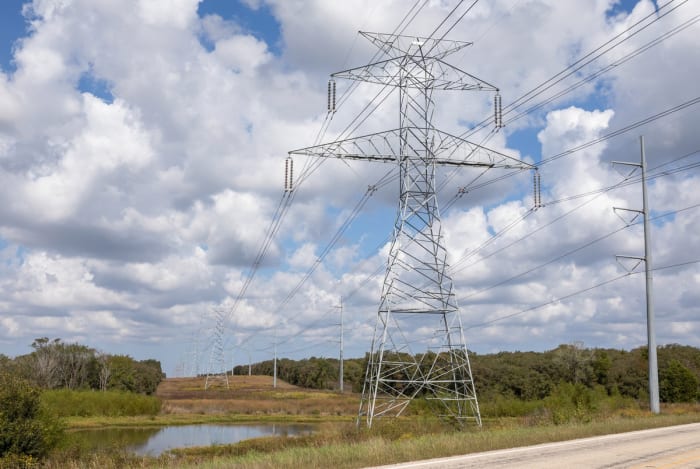 
Sign up for The Brief, our daily newsletter that keeps readers up to speed on the most essential Texas news.

As a blistering heat wave smothered Texas this week and taxed the power grid with record-high demand, bitcoin mining operators in the state shut down their electricity-guzzling machines.

Complying with requests from the Electric Reliability Council of Texas — the grid operator that asked businesses and residents to voluntarily conserve electricity during the heat wave — nearly all industrial-scale mining in the state powered down, according to the Texas Blockchain Council, an industry association.

Cryptocurrency mining requires huge amounts of electricity, prompting concerns not only around whether Texas’s beleaguered grid can keep up with skyrocketing demand as more miners are expected to flock to the state, but also over the industry’s broader potential environmental impact.

“Over 95% of industrial-scale bitcoin mines curtailed their power consumption during peak demand times over the past week,” Lee Bratcher, president of Texas Blockchain Council, wrote in an email to The Washington Post. “The bitcoin miners were able to push over 1,000 [megawatts] back into the grid for ten-hour plus periods multiple times during the week.”

While that ordinarily may not seem like much, it can matter during times of peak demand, said Joshua D. Rhodes, a research associate with the Webber Energy Group at the University of Texas at Austin. When an electricity grid is “within a few thousand megawatts of how much supply we have and how much demand we have, a 1% change can make a big difference,” said Rhodes, who has consulted for cryptocurrency mining companies.

“When we’re running out of supply, reducing demand is very helpful in that context,” he said.

But, Rhodes noted, the action wasn’t a “silver bullet” for electricity concerns. “I don’t think it single-handedly saved” the grid, he said. “It was part of a suite of actions across energy consumers that helped keep the grid stable.”

In recent years, Texas has become one of the go-to locations for crypto entrepreneurs. To date, approximately 10 facilities have connected and there is more than “27 gigawatts of crypto load that is working on interconnecting over the next four years,” ERCOT said in a statement to The Washington Post.

Around the world, the cryptocurrency industry’s massive carbon footprint has drawn increasing scrutiny. The commonly used method of extracting coins involves huge amounts of computing power. Networks of miners have to use processors to solve complex puzzles to earn coins as well as track and verify transactions — all of which consumes energy.

A 2019 study estimated that bitcoin, one of the most popular cryptocurrencies, emitted between 22 and 29 million metric tons of carbon dioxide during the previous year, according to findings published in the peer-reviewed journal Joule.

“This means that the emissions produced by bitcoin sit between the levels produced by the nations of Jordan and Sri Lanka,” the study’s authors wrote.

Meanwhile, extreme weather events, largely driven by climate change, have continued to strain Texas’s power system, which runs independently of the national grid. The recent heat wave has been preceded by other extreme heat events as well as a winter storm in February 2021, which left millions of Texans without power at one time as temperatures plummeted to minus-2 degrees Fahrenheit in Dallas and 13 degrees in Houston.

Amid this week’s scorching temperatures, which sent electricity demands soaring to record highs, ERCOT issued public appeals to conserve power. Wednesday’s appeal stated that the efforts of residents and businesses earlier in the week “helped ERCOT successfully meet record power demand by reducing their energy use by 500 MWs,” or megawatts.

Although mining companies are among the businesses that were asked voluntarily to save power, “this is no requirement for them to conserve,” ERCOT said in a statement to The Post.

Bitcoin miners “turn off both because it is the right thing to do, and because they are incentivized by market mechanisms within ERCOT,” Bratcher wrote in an email.

Some companies have enrolled in programs offered by ERCOT, which pay large electricity consumers for not using power during periods of high demand, Rhodes said. The price of electricity also climbs when the power supply is limited.

“It’s good to know that they can and there are times when they’re willing to do so,” Rhodes said of miners voluntarily pausing their operations. “But it wasn’t completely altruistic.”

With extreme weather events becoming increasingly common, asking cryptocurrency operations to shut down for certain periods might be viewed by some as a possible solution to help avoid overtaxing electricity grids.

“It could become an expectation in some people’s minds,” Rhodes said. “But I think until it is actually formalized into a program and someone signs a contract, I am hesitant to rely on it.”

It’s important, he said, to find ways to make shutting down worth it to companies. “It’s not a good idea to count on someone to just be a good citizen.”

Disclosure: Texas Blockchain Council and University of Texas at Austin have been financial supporters of The Texas Tribune, a nonprofit, nonpartisan news organization that is funded in part by donations from members, foundations and corporate sponsors. Financial supporters play no role in the Tribune’s journalism. Find a complete list of them here.

Join us at The Texas Tribune Festival, happening Sept. 22-24 in downtown Austin, and hear from 300+ speakers shaping the future of Texas including Joe Straus, Jen Psaki, Joaquin Castro, Mayra Flores and many others. See all speakers announced to date and buy tickets.