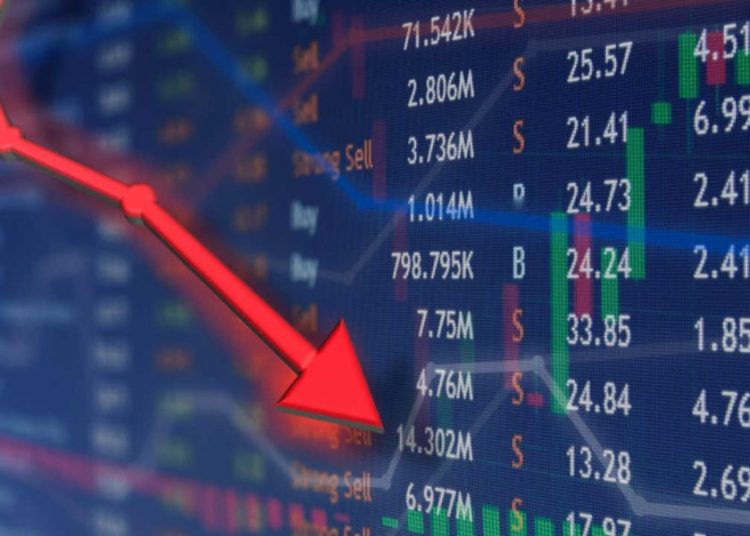 
Crypto has had a very bad year, with bitcoin’s 70% price collapse putting it in better shape than many other of the 10 largest cryptocurrencies, which are down 75% to 90%.

This puts them in roughly the same shape as many companies in the payments and buy now, pay later industry, which have also seen their share prices drop off a cliff in the past 12 months.

However, that raises a more troubling question: Why is it that companies like PayPal, Block and Affirm Holdings, which all have proven business plans, revenues, solid customer bases and clear regulatory requirements to follow are doing no better than cryptocurrencies that with one real notable exception — Ethereum — have none of those things?

To be sure, it isn’t an apples-to-apples comparison, or even an apples-to-oranges one, as even cryptocurrencies created by strong development foundations are still decentralized projects with big goals and potentially world-changing uses. And they’re dealing with serious credibility problems, ranging from inability to scale to huge hacks and collapses, and living in a regulatory vacuum that increasingly hostile politicians and regulators are filling.

But both industries do have one thing in common: They are in the business of payments. For all the talk of bitcoin as an investment token as opposed to a payments currency, virtually all cryptocurrencies on all blockchains are tools for settling transactions.

To an extent, both payments firms and cryptocurrencies have had the same overarching problem in the past 12 months. Specifically, a rising sense that the end of a long bull market that even survived several years of pandemic-induced disruption is in its dying days and a deep recession is coming. And a big tech selloff generally isn’t helping.

For payments processors that means less business because people will be paying for less stuff, which is why PayPal dropped 4.5% on Monday (July 11) after its second analyst downgrade in two days — which Redburn Partners analyst Fahed Kunwar said was because he doubted its ability to meet revenue expectations, with a slowdown in eCommerce expected in the second half of the year, The Motley Fool reported.

Still, its long-term growth prospects are considered good as eCommerce is expected to grow. Which hasn’t helped prevent its price-to-earnings ratio from dropping from 63 to 18 in 12 months

Block, which is all-in on bitcoin payments in a way few non-crypto competitors are thanks to CEO Jack Dorsey’s strong belief in BTC’s future as a payments currency, isn’t having a much better year.

Then there’s payments processor Stripe, which cut its internal share price from $40 to $29, wiping $21 billion off the start-up’s own valuation. It jumped back into crypto payments in April, starting with the USDC stablecoin.

And a slowdown is crypto can’t be good for either, as all three are moving steadily into crypto payments, Block with bitcoin and PayPal adding ether, litecoin and bitcoin cash to that.

Despite endorsing the product, Apple’s recent entrance into the space sent a shockwave through share prices, though it isn’t exactly clear why as Apple Pay has a tiny share of the payments business, PYMNTS’ Karen Webster wrote in June.

Read more: Is Apple Pay Later Really a Threat to Affirm and Other BNPL Providers?

The thing about crypto’s price collapse is that it’s a lot easier to understand. Without exuberance, a product whose core value proposition is at best years away is a harder sell in a downturn.

That’s the thing. While actual uses for blockchain ranging are growing, and there are signs big finance is adopting DeFi’s tools, there really isn’t a lot of “there” there, at least yet.

DeFi, as Securities and Exchange Commission Chairman Gary Gensler noted this week, sees 95% of its activity plowed into other DeFi projects, to that point that it’s close to a closed system, despite signs that things like crypto lending are moving out into the real world.

And the real underlying business case for almost all cryptocurrencies is that as their blockchains grow more and more successful there will be more and more calls for a deliberately finite number of tokens required for any use or transaction. Which is nice, but with as many as 10,000 blockchains out there, there’s a lot of competition. Even if tokens’ maximum caps didn’t tend to be numbered in the billions or trillions.

While Ethereum gets a lot of use and more than a few real businesses are up and running on blockchain — Ripple’s cross-border payments network, for example — blockchains are not in jeopardy of seeing tokens undersupplied for transactions use anytime soon.

Sign up here for daily updates on all of PYMNTS’ Crypto coverage.

Cryptocurrency Prices Plummet: What Should You Do?

Major layoffs at NFT marketplace OpenSea: Why is crypto crashing?

Major layoffs at NFT marketplace OpenSea: Why is crypto crashing?