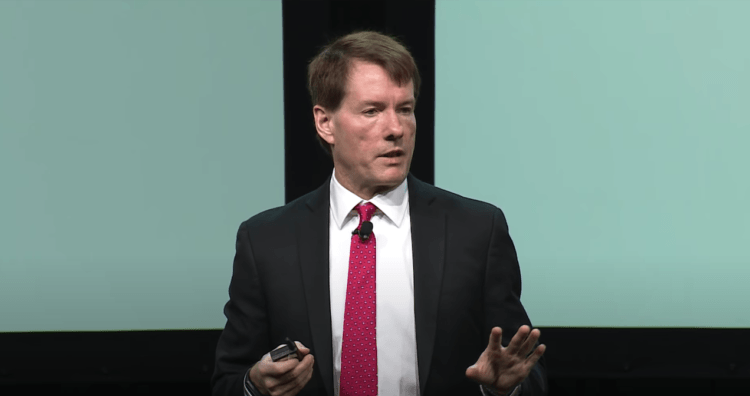 It is worth remembering that on 11 August 2020, MicroStrategy announced via a press release that it had “purchased 21,454 bitcoins at an aggregate purchase price of $250 million” to use as a “primary treasury reserve asset.”

Saylor said at the time:

“Our decision to invest in Bitcoin at this time was driven in part by a confluence of macro factors affecting the economic and business landscape that we believe is creating long-term risks for our corporate treasury program ― risks that should be addressed proactively.“

Since then MicroStrategy has continued to accumulate Bitcoin and its CEO has become one of Bitcoin’s most vocal advocates. MicroStrategy’s latest $BTC purchase, which Saylor tweeted about on June 29, means that the firm is now HODLing around 129,699 bitcoins, which were “acquired for ~$3.98 billion at an average price of ~$30,664 per bitcoin.”

And yesterday (July 16), he boasted about how his company’s stock had performed since August 2020, when it made its first $BTC purchase.

Anyway, on July 7, according to a report by The Daily Hodl, the MicroStrategy CEO, who is a well-known Bitcoin maximalist, made his comments during an interview with crypto market commentary show “Altcoin Daily”. Saylor explained his belief that native tokens of PoS networks are securities and are therefore “very risky.” In comparison, Saylor argued that Bitcoin is a “digital commodity,” and could therefore be treated differently from a PoS coin such as $ADA.

“The token is a liability if it’s not a commodity, and so fundamentally, this all comes down to an issue of ‘can you establish your network as a commodity network?’

“To be a commodity network, there has to be no issuer, no initial coin offering (ICO), no central organization and if you study the history of Cardano, it’s pretty obvious it’s a security. It checks all the boxes, so I don’t know how you actually get around intellectually to convincing yourself that it’s anything other than a security.“

He warned that selling unregistered securities could lead to legal consequences, and that developers would not be able to hide behind their technology:

“Technology won’t save you though. Ultimately, if you’re selling a security to the general public without a disclosure statement, the fact that it’s technically advanced won’t save you from the securities liability, so I would say technology is not an issue…

“The question is really going to be how will the securities regulators deal with crypto networks that are based on security tokens. I don’t know, it’s not my business. I’m not in the business. I will leave it to other people.“

On July 16, Charles Hoskinson, who is Co-Founder and CEO of IO Global (aka “IOG”, formerly known as “IOHK”), the company responsible for Cardano’s research and development, called Saylor “the Tone Vays” of this crypto cycle, and then went on to explain how much more useful Cardano is than Bitcoin, and finished his criticisms of Saylor by pointing out that Saylor had no choice but to be super bullish on Bitcoin because MicroStrategy has invested so heavily into Bitcoin:

Great Things Could Be Expected for MATIC, AVAX, BNB, and LINK By CoinQuora

Great Things Could Be Expected for MATIC, AVAX, BNB, and LINK By CoinQuora