The growth has continued on the cryptocurrency market as most of the top 10 coins remain trading in the green zone. 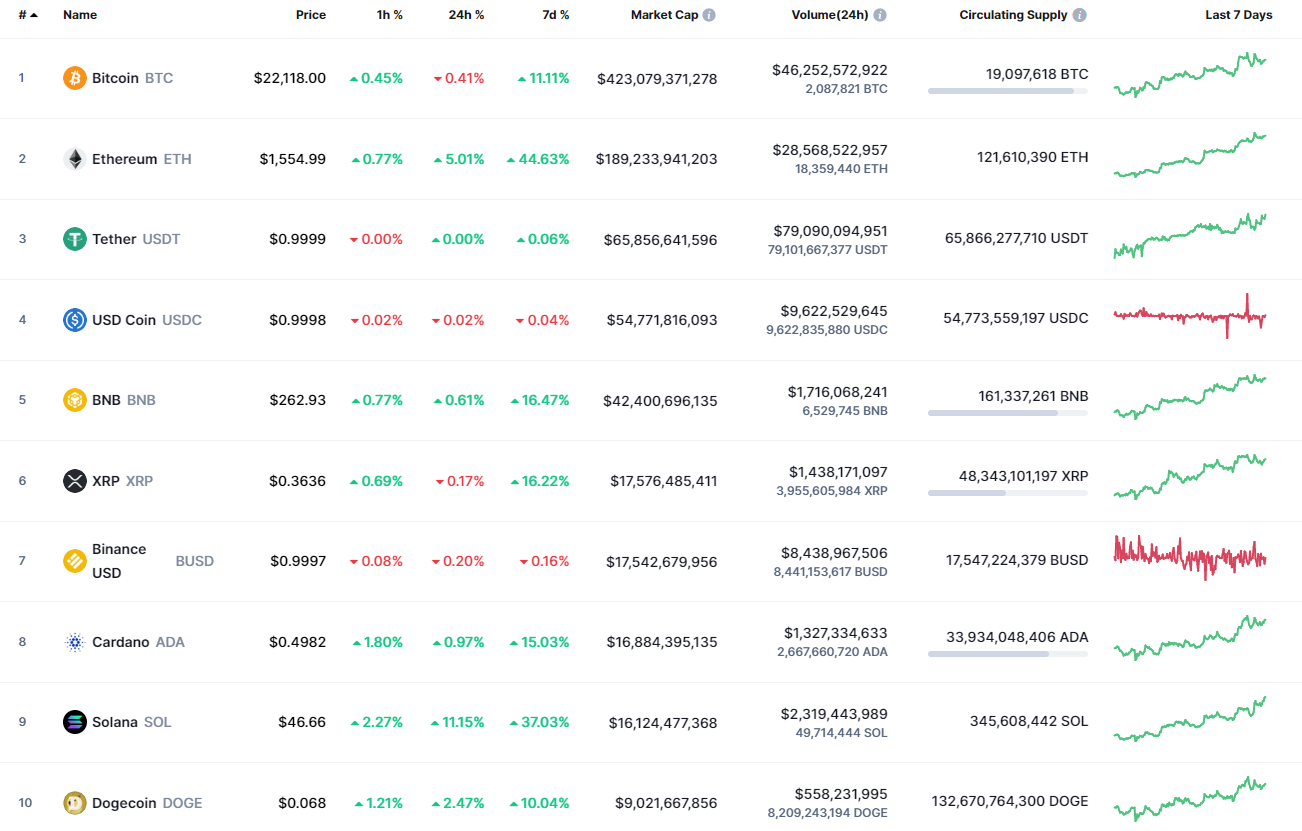 The rate of Bitcoin (BTC) is almost unchanged since yesterday; its price has risen by only 0.35%.

On the daily chart, Bitcoin (BTC) is fighting for the $22,400 level as its breakout may lead to a further rise. However, in case of bears’ pressure and a return below $22,000, the local rise might be canceled. Such a scenario is relevant until the end of the current week.

Binance Coin (BNB) has gained more than Bitcoin (BTC) as the native exchange coin has risen by 1%.

Binance Coin (BNB) keeps setting new local peaks as yesterday’s candle was bullish for the altcoin. If buyers can return the rate above the $265 mark by the end of the day, the test of the resistance level at $273 is just a matter of time.

Sellers can seize the initiative only if the price drops below $250.

Cardano (ADA) is the biggest gainer from the list today, going up by 2.39%.

Cardano (ADA) has almost reached the important $0.50 mark on the daily chart. Buyers’ power is also supported by increased volumes, which means that bulls are more powerful than bears at the moment. If $0.50 can be reached, one can expect a sharp pump soon.

Wipro Will Enhance Efforts In Web 3.0 And Metaverse, Bitcoin Rises

Wipro Will Enhance Efforts In Web 3.0 And Metaverse, Bitcoin Rises