A Complete Guide to the Plant vs. Undead Play2Earn Blockchain Game 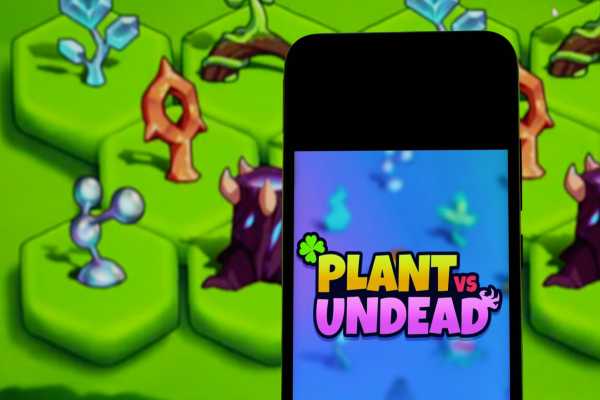 
How Does Plant vs Undead Work?

To participate in the game, users must own NFT plants that can be purchased from the marketplace in order to protect the Mother Tree. A total of eight plant categories are on offer and those who successfully build plots of land in farming mode will be able to avoid undead attacks.

As part of the farm mode, players can strategically position their plants to defend the Mother tree and receive Light Energy (LE) points in return for this.

Another option is to purchase tools to upgrade a plot of land, but all tools and seeds in farm mode require LE rather than PVU for purchase.

Light Energy tokens also enable people to expand their plants and after a while, plants reward players with more LE tokens as they grow. Those who visit other players’ gardens and perform quests can earn even more LE.

Importantly, each NFT plant rewards players with a specific amount of LE tokens after 120 hours.

In order to build a farm in their gardens, users can plant seeds, water the farm and collect Light Energy tokens. LE, which is earned by harvesting seeds or performing daily quests, can be converted into the game’s native PVU token and traded on decentralised exchanges (DEX).

What is the PVU Token?

To become a gardener, users must first acquire five PVU tokens before they can start their farming journey.

To get started, players also need a small amount of Binance Coin (BNB) in their wallets to cover any transaction fees, owing to the fact that Plant vs Undead is a Binance Smart Chain (BSC) based game.

The PVU token fuels the ecosystem in the sense that players need to purchase plants in order to build a farm, with the additional element of watering them — all of which requires PVU to be purchased from the NFT marketplace.

The PVU tokens must then be converted to LE and since the objective of the game revolves around seeds and farms, players can use the game’s native tokens to plant and water sunflowers. Each sunflower requires one small pot and one container of water, which can be used a maximum of 100 times.

Notably, all new players will be able to claim a land plot for free when they first start playing the game. However, PVU will be needed to purchase the plants and mother tree.

It only costs a few PVU tokens to start playing and assets such as plants can then be traded on the NFT marketplace.

There is a maximum cap of 300 million PVU tokens in the ecosystem.

The game is currently focused on two modes which both require different assets and users are unable to switch assets between PVP mode (on Factory Chain) and PVE mode (on BSC).

After a user purchases an NFT from the marketplace, it will appear in their inventory. As more players join the game, the prices of these tokens are likely to increase as demand goes up.

Overall, the NFT-oriented game has gained traction worldwide, particularly in the Philippines, mostly due to the fact that in-game rewards can be used not only within the built-in marketplace but also traded on multiple exchanges for fiat currency.